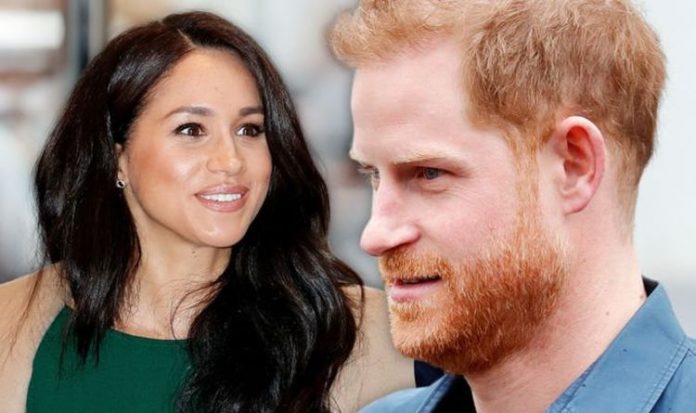 Meghan Markle moved into Prince Harry’s Kensington home, Nottingham Cottage, when she first left Canada for London. During the first months of their relationship, Meghan had stayed with Harry at “Nott Cott” on many occasions and ahead of their engagement being made public, it is where they hunkered down away from the press.

New book Finding Freedom about Meghan and Harry’s short stint as senior royals contains new claims about the early days of their relationship.

Authors Omid Scobie and Carolyn Durand describe Meghan’s move to Nottingham Cottage, writing: “After months of long-distance, Meghan was thrilled to finally be sharing a zip code, W8 4PY with her partner.

“She felt at home at Nott Cott with Harry – she’s always been able to bloom where she was planted, but she hadn’t moved to London to start a new job.

“She had moved to London to start a new life.”

The extraordinary Scotswoman was a qualified teacher and was also educated in child psychology.

She had hoped to work in the Edinburgh slums before she was picked up by the Royal Family.

But while Ms Crawford was beloved by Elizabeth and Margaret, her relationship with the Royal Family ended bitterly.

She had postponed her own marriage for 16 years while serving the Royal Family and had been persuaded against leaving her post despite trying to quit on several occasions.

She left the Royal Family’s service in 1947 and was given Nottingham Cottage the following year as her retirement home.

However, after her best-selling memoir about her time as a royal governess, The Little Princesses, was published in 1950, she was ostracised from the Royal Family and none of them spoke to her again.

She left Nott Cott not long after the book was published and relocated to Scotland.

She died in a nursing home in Aberdeen in 1988.

Wendy Holden author of ‘The Governess’ a new novel based on Marion Crawford’s life has drawn parallels between her and Meghan Markle.

Writing in the Telegraph Ms Holden said: “A sparky career girl from an ordinary background is catapulted right to the heart of the Royal Family.

“She brings her woke ideas with her and begins the work of dragging the Windsors into the modern age.

“There is trouble and the young woman leaves. A best-selling tell-all book appears…

“Sound familiar? It certainly feels like a story of our times, but I’m not talking about the Duchess of Sussex.

“The former actress is not the first would-be moderniser of the monarchy. Nearly 90 years ago, someone else attempted the same thing.

“Her name was Marion Crawford and for 17 years she was governess to Princesses Elizabeth and Margaret.

“She is one of the most important of royal influencers and one who many in the family would have preferred to be airbrushed from history.”

While the Queen’s statement on Harry and Meghan’s exit indicated the family remained on good terms with the pair, their move to the USA and subsequent release of new book Finding Freedom has sparked further claims of a rift on the Royal Family.

So whether Meghan and Harry will find themselves cast out in the same way as old Crawfie is not yet clear.