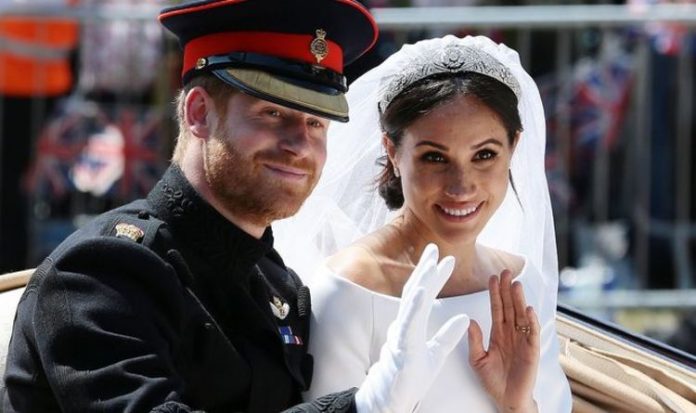 The Channel 5 royal expert said: “It was the first time one of the Queen’s children had chosen Windsor as the setting for their wedding.

“The town took on a festive atmosphere of people flocked to catch a glimpse of the royal bride and groom in scenes that would have parallels with the wedding of Harry and Meghan almost 20 years later.”

Ms English added: “Sophie and Edward wanted something that was a bit more personal, a bit more family orientated.

“There was just a really joyful family feeling about it.”

Dr Whitlock said: “Several thousand members of the public were invited into the castle grounds and around 200 million watched it around the world.”

Last month Graham Smith, the CEO of Republic told Express.co.uk all Royal Family weddings should be a similar size to Princess Beatrice and Edoardo Mapelli Mozzi’s ceremony in the future.

Republic campaigns for the abolishment of the monarchy and Queen Elizabeth II to be replaced by an elected head of state.

Mr Smith said: “I think Princess Eugenie’s wedding was far too extravagant as was Harry’s as was William’s.