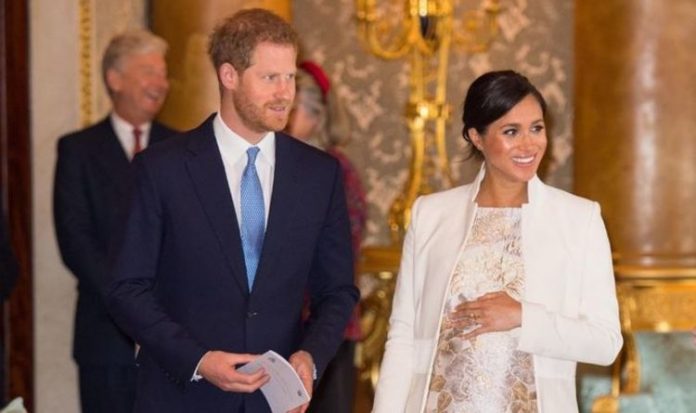 Meghan Markle and Prince Harry welcomed their first child, baby Archie, in May 2019 and royal fans are convinced the couple are set to announce the Duchess is pregnant for a second time. The fans have pointed out several reasons why baby number two could be just around the corner.

One fan wrote on Twitter: “I have a feeling we can expect a sibling in 2021.

“And they are now settled in their own home.

One user suggested Meghan could already be pregnant, as she chose to wear baggy clothes for a recent outing.

They wrote: “Archie’s sibling is right under that shirt. Can’t fool me.”

Another user agreed and said: “I still say yes. It is a baggy shirt tucked in a baggy short! Can’t fool me.”

Others pointed out Meghan has opted for a number of loose fitting outfits for recent video calls.

JUST IN: Kate fans react in fury at Meghan and Harry’s ‘copycat’ outing

A third wrote: “Aww she looks so beautiful and Archie’s definitely getting sibling(s) soon.”

Dozens of fans said they hope the couple welcome another child soon, noting it would be good for Archie to have the company of a brother or sister when growing up in the public eye.

But Meghan and Harry, or their official spokesman, have not made any announcement to say the couple are expecting a second child.

The Duke recently opened up about his love and admiration for his one-year-old son, and said the child was his “number one priority”.

READ  Prince Harry asked brutal question after ‘heartbroken’ claim - 'Why did he do it then?' | Royal | News (Reports)

He spoke fondly of Archie during a conference call marking the 125th anniversary of the creation of the Rugby Football League.

During the call, Harry affectionately called his son “little man”.

In an interview with British Vogue last year, the Duke said he and his wife only plan to have two children at the most.

He said the couple had made the decision due to concerns for the environment.