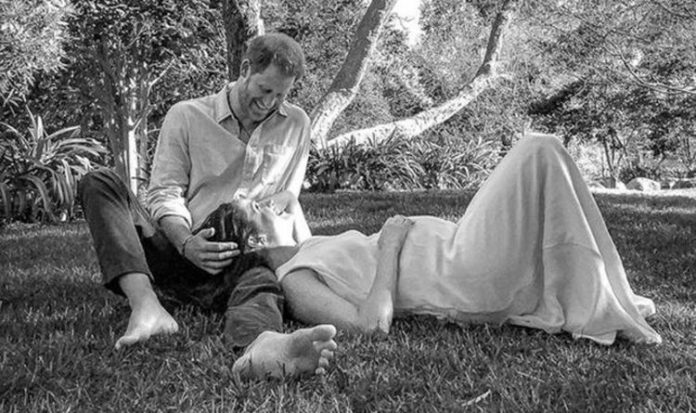 Meghan Markle and Prince Harry announcement earlier this month that they are expecting their second child earlier. Palace insider Ms Nicholls has insisted the surprise statement made on Valentine’s Day, blindsided the Monarchy and should the Duke and Duchess of Sussex weren’t working with Buckingham Palace. The Royal Correspondent told Royal Beat producers the news of another grandchild caught the Queen “off-guard.”

Author and Vanity Fair writer Katie Nicholl tells the programme: “I think The Palace felt off guard about the pregnancy announcement [and] the Oprah announcement.

“It was clear that the Sussex’s were working as a machine in their own right – they weren’t working with the Palace. [Buckingham Palace] had made their minds up.

“They didn’t need until the 31 st of March to make that statement.

“My understanding from the sources that I have spoken to at the Palace was that they would [release it] earlier and bring an end to all this speculation.”

In May 2019, Meghan gave birth to Archie Mountbatten-Harrison, her first son.

Tragically she went on to suffer a miscarriage last July.

Announcing the news on February 14 a spokesperson for the couple said: “We can confirm that Archie is going to be a big brother.

The Duke and Duchess of Sussex are overjoyed to be expecting their second child.”

Because of this, royal experts have suggested the pregnancy could be different as they may not need to follow any royal traditions.

When Meghan was pregnant with Archie, she celebrated with her friends at a baby shower which took place at The Mark Hotel in New York.

Royal expert and editor-in-chief of Majesty magazine Ingrid Seward explained royals will traditionally have discreet baby showers, if having one at all.

She stated: “Baby showers are essentially an American invention – one that has become increasingly popular in the UK, if not more low-key than celebrations in the US.