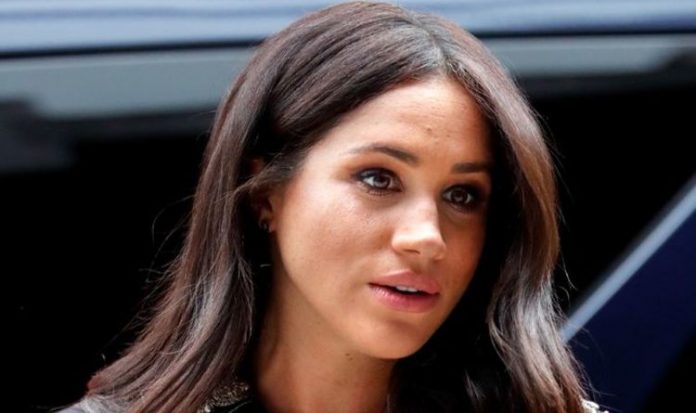 The Duchess of Sussex is suing publisher Associated Newspapers Limited (ANL) after its Mail on Sunday tabloid printed extracts of the handwritten letter she sent to her estranged father, Thomas Markle, in August 2018. She has asked a judge to rule in her favour without need for a potentially embarrassing trial, with her lawyers telling the High Court on Tuesday that publishing the “intrinsically private, personal and sensitive letter” was a plain breach of her privacy to which there was no viable defence.

But lawyers representing ANL argued Meghan had given a “confusing and tortuous account of the genesis of the Letter and her subsequent communications about its existence”.

The Mail on Sunday’s lawyers argued Meghan’s privacy case was “wholly unsuitable” for a decision without a trial.

They backed this up by claiming Meghan’s arguments “in respect of certain important factual issues have shifted” as the case has progressed.

It comes as four former employees of the Duke and Duchess of Sussex may have evidence which could “shed some light” on Meghan’s handwritten letter to her estranged father, the High Court has been told.

ANL’s barrister Antony White QC claimed this development was “crying out for investigation” – therefore arguing there was no basis for a summary judgement to be granted by Mr Justice Warby.

In this correspondence seen by Express.co.uk, dated December 21, 2020, four former employees of Meghan and Prince Harry – who stressed a desire to remain neutral in proceedings – said they would be able to “shed some light” on the drafting of the Duchess of Sussex’s handwritten letter to Thomas Markle Snr.

The letter was not brought before the court as part of the Duchess of Sussex’s argument for a summary judgement to be granted but was educed by lawyers representing ANL as a means by which to argue against the summary judgment application.

It read: “We understand that the claimant has made an application for summary judgment on her copyright and privacy claims, which is currently listed to be heard before Mr Justice Warby on 19 January 2021.

“We have considered with each of our clients whether s/he is likely to be in a position to assist the Court by giving evidence at trial relevant to any of the issues in dispute in the Proceedings.

“On the basis of our analysis of the statements of case, our preliminary view is that one or more of our clients would be in a position to shed some light on the following issues:

The creation of the Letter and the Electronic Draft;

“Whether or not the claimant anticipated that the Letter might come into in the public domain;

“Whether or not the claimant directly or indirectly provided private information (generally and in relation to the Letter specifically) to the authors of Finding Freedom.”

In the letter sent on their behalf, their lawyers also make it clear these four former aides of the Sussexes don’t “welcome” a potential involvement in the trial.