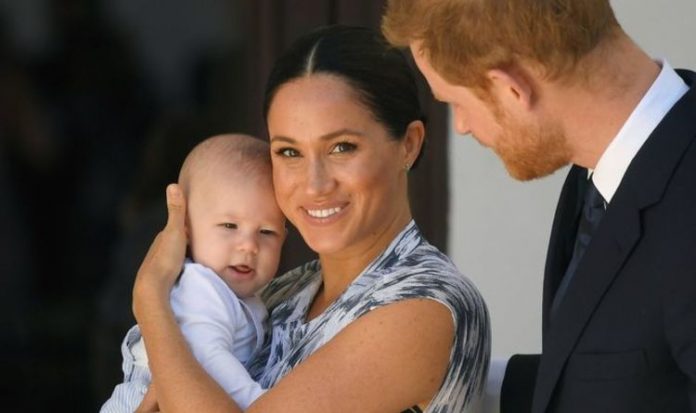 The controversial biography Finding Freedom has finally been released in full, and it is packed with previously unknown details about Meghan Markle and Prince Harry’s lives in the Royal Family, which they exited earlier this year with little warning. Written by royal journalists Omid Scobie and Carolyn Durand, the book documents the reporters’ experience of working in close proximity to the couple.

Plenty of previously held secrets have been exposed in the biography, which the couple have insisted they did not cooperate with.

Their son Archie Harrison has not been left out of the book, and the authors have revealed details about the couple’s only child.

Finding Freedom reveals: “Harry and Meghan already had a name ready to go when Archie was born, because the couple had known all along that they were having a boy.

“According to a source, they settled on their son’s name some time during the final week of her pregnancy.”

The book also says the couple wanted a powerful and traditional name, opting for Archie, which means strength and bravery.

The royal biography also appears to confirm Meghan went past her due date of April 28 – which is also never usually disclosed with the announcement of a royal pregnancy.

Kensington Palace only announced at the time that the couple were expecting their first child in spring 2019.

The book also claims Harry disliked the way his brother Prince William and Kate Middleton ran their household – with a live in team of staff.

It reads: “Harry had seen that situation at Prince William’s home (the Cambridge’s had a live-in housekeeper and a full-time, live-in nanny) and didn’t want the same for his own family,’ they claim.

“He and Meghan liked the idea that when they went to bed at night, it was just the three of them in the house. Cosy and private.”

The book also claims the couple kept Archie’s christening a private affair as Meghan felt like people wanted her to “serve her child on a silver platter”.

While she came under attack for breaking tradition and not allowing the media or the public a glimpse of baby Archie on his special day, Meghan didn’t care, according to the book authors.

Instead the books claims she told a friend: “The same people who have been abusing me want to see me serve my child on a silver platter.

“A child who is not going to be protected and doesn’t have a title. How does that make sense? Tell that to any mother in the world.”

A spokesperson for Harry and Meghan released a statement ahead of the book’s publication, saying: “The Duke and Duchess of Sussex were not interviewed and did not contribute to Finding Freedom.