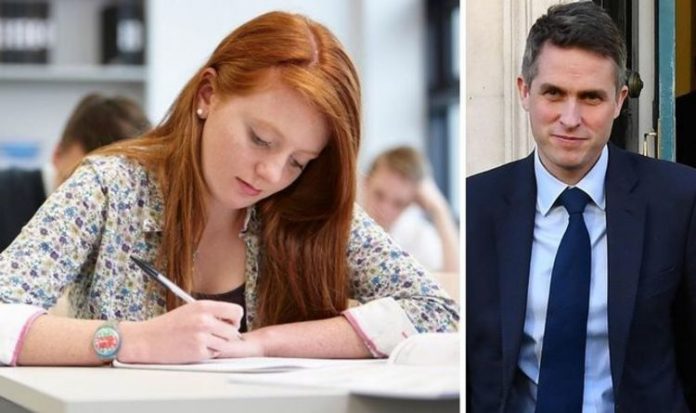 A-level students will find out their results today and for many they have promised their results will not be lower than their mock exams after the Department of Education introduced a triple-lock system. Students across England are due to find out the results of their A-levels on Thursday, August 18.

This year will be unlike any other after the Year 13 students were forced to undertake their studies online when schools were closed on March 20 due to the coronavirus pandemic.

The Government announced students who were due to sit A level, AS level or GCSE exams this summer would no longer be able to do so earlier this year.

Instead, these pupils would receive a calculated grade.

The new system is due to head off fears after 40 percent of grades were “revised” from what teachers first said they should receive.

How does the system work?

Murray Morrison is an education expert and founder of learning program Tassomai.com said he was concerned about the triple lock scheme.

He said: “It really worries me. Many people, including me, said at the start of lockdown that if exams were to be cancelled and they used any sort of formula (especially mock results) to generate student grades, it would lead to an overwhelming slew of appeals.

“That said, the Department for Education and the education community came up with a system of CAGs (centre-assessed grades) that, while not perfect, was for the most part fair and reasonable.

“There were cases where improving schools in tougher areas were likely to see their more able students suffer, and I agree that the system would have benefited from some latitude.

“My worry is now that, to avoid loud complaints, the department has completely capitulated and the ‘triple lock’ system will render this years’ grades almost meaningless.

“The issue is largely around ‘mocks’. We all think we know what that means, but in truth it’s an ill-defined term.

“Mocks may have been taken any time between November (that’s 9 months ago!) and March; they may have been tests that were not completed in exam conditions; they could have been marked leniently, or stiffly; they may have even been based on material the students had prior sight of. Mock exams are not regulated, they’re not standardised.

“The mock results data may be sitting anywhere (on teachers’ laptops of school databases) and it’s completely open to adjustment or abuse.

“It’s hard to tell at this point who will benefit from this decision. My view is that the vast majority of students will now have their perfectly valid grades completely undermined by the cloud of speculation around their CV, just because they were in the “class of 2020”.

“If the government wanted to introduce some amount of wiggle-room for students who fell foul of the original algorithm, then an appeals process that looked at all the hard data and the work teachers did to generate those CAGs would have been far more accountable and fairerfor all. “

Students who would like to use a valid mock result will be able to do so through the appeals process.

READ  Royal shock: What happens when the Queen dies, who crowns the next monarch? | Royal | News (Reports)

To appeal a grade, individuals must notify their school or college, which will provide evidence of their mock results to their exam board.

The mock exam will have to meet a definition of a “valid” mock, which is to be set by exams regulator Ofqual.

The student’s school or college will then be required to submit evidence to their exam board to show the mock was a valid one, including evidence it was held under strict exam conditions.

For those unhappy with their mock results and the examination result determined on Thursday, they are able to try and improve their grades by taking exams in the autumn.

Schools and colleges will have to hold resit examinations for pupils where they are desired according to Government minister Nick Gibb.

The Government has established a £30m demand-led fund to help schools with the cost of these resits including costs incurred due to booking venues, sourcing invigilators, and meeting the cost of autumn exam fees. 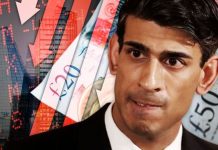 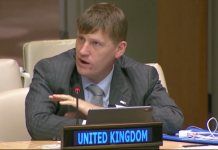