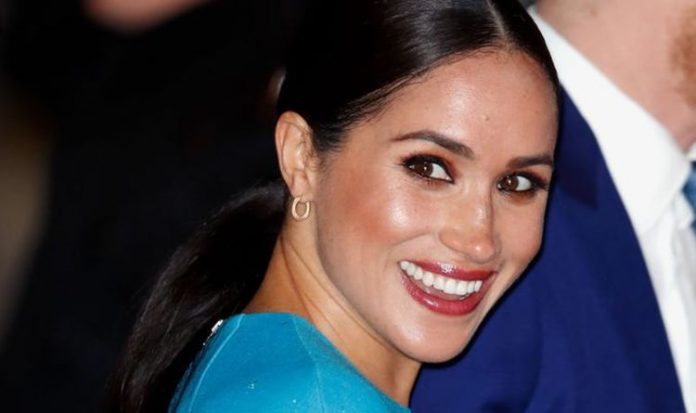 Meghan Markle is not expected to accompany Prince Harry on his trip to the UK for key Royal Family events later this year. Royal expert and author Robert Jobson issued a scathing assessment of the decision, calling it “childish” and a “mistake”. He also said that the move would only inflame the ongoing feud and “turn it into a Netflix drama”.

Speaking to Royally Us, Mr Jobson said: “She won’t return, I can’t see her returning at all. She made it quite clear that she didn’t like it here.

“I think it’s a mistake but it’s inevitable that she won’t come back.

“How can they be seen avoiding media hype if she doesn’t put an end to it?

“The way to put an end to it is to be seen with your brother-in-law, your sister-in-law, have a big hug, make up and get on with it.”

JUST IN: Queen ‘determined’ to give Harry ultimatum over military titles

Mr Jobson warned that the Royal Family will feel aggrieved by the decision, which will only heighten speculation about the relationship between the two sides.

He explained: “It’s almost turning it into a Netflix drama, which is not what the Royal Family would want. I think it’s rather sad and childish.

“I think if she came, people would stop talking about it.

“There is also a degree of embarrassment in the way they held a gun to the Queen’s head.

“The way they did what they did was awful and pretty shocking.

Fellow royal expert Charlie Rae told talkRADIO: “I think it is absolutely disgraceful and this is a definite snub.

“The Queen specifically invited Harry and Meghan to attend Trooping the Colour which marks the Queen’s 95th official birthday.

“Just before that we have Prince Philip’s 100th birthday and in July 1 we have the unveiling of Princess Diana’s statue in Kensington Palace.

“These are three key Royal Family events this year and you would have expected Meghan to be by Harry’s side.

“This is specifically key as Meghan was invited by the Queen.”