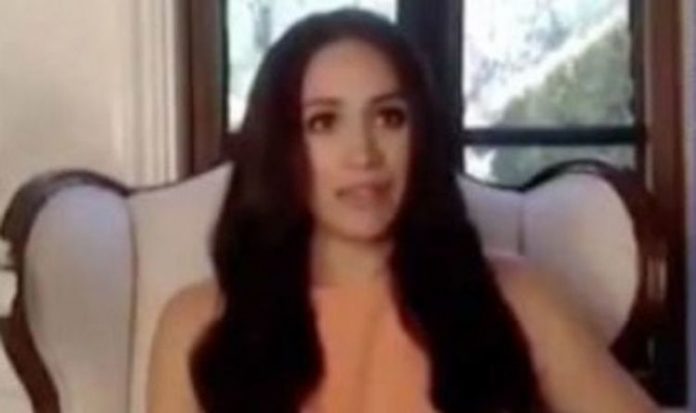 The Duchess of Sussex has been outspoken about “what’s at stake” in the face-off between President Donald Trump and Democratic nominee Joe Biden. And recently the mother-of-one has been stepping up her efforts to get Americans out there to vote by calling them up for a chat, reveals Gloria Steinem.

Meghan, 39, and Gloria, 86, last month sat down for a “backyard chat” in which they discussed a wide range of topics including voter suppression and the importance of representation.

Democrat campaigner Gloria also claimed the election was part of Meghan’s decision to move back to her native US at the beginning of the COVID-19 pandemic.

READ  Secondary schools and colleges to get weekly coronavirus testing

She told Access Hollywood: “She came home to vote.

“The first thing we did, and why she came to see me, was we sat at the dining room table where I am right now and we cold-called voters.

“Said ‘hello I’m Meg’ and ‘hello I’m Gloria’ and ‘are you going to vote?’ That was her initiative.”

Gloria said she found Prince Harry’s wife to be “smart” and “political” during their meeting.

In August the duchess took part in a virtual “voter registration couch party” organised by When We All Vote.

The outreach group later praised her for her effort in urging Americans to register to vote.

While Meghan has stopped short of backing any political candidate, she has called for “change” in American politics.

During the webinar she declared: “We all know what’s at stake this year.

“I know it, I think all of you certainly know it.

“You’re just as mobilised and energised to the change that we all need and deserve.”

The Royal Family are strictly banned from commenting on political matters.

Members of the Firm also do not vote, though this is by choice.

After Meghan and Harry stepped down as working royals earlier this year, technically they are exempt from the rules.

But given the neutrality expected by the Queen, an endorsement of a political candidate by her grandson and his wife would cause a headache for her.

The monarch has met President Trump on several occasions, with the Republican leaders saying he “had a great time” with Her Majesty.