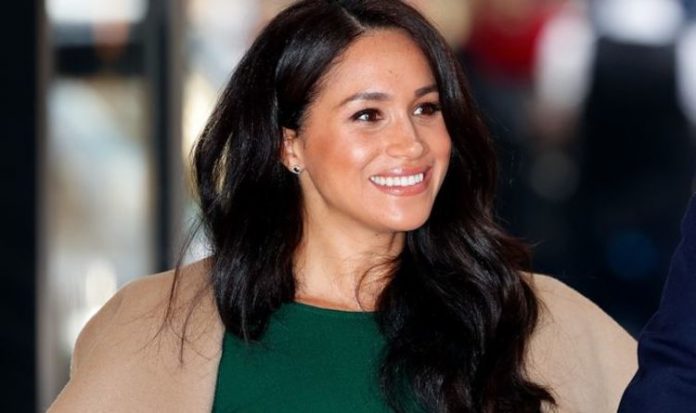 Mr Smith said: “I must tell you something interesting, Lorraine, that I found when I was visiting California.

“Meghan is much more popular and well thought of in the US, and probably around the world, than she is in this country.

“For some reason, it’s this country that doesn’t like her.

READ MORE: Prince Harry ‘still living off his name’ in US with Meghan Markle

He continued: “She wrote a very famous piece once for Elle Magazine before she met Harry.

“She said she is more than an other, she was talking about race at the time.

“But I think she treated her as an other.”

At this point, Ms Kelly interjected, adding that she didn’t think that was the case.

Mr Smith disagreed strongly with the ITV host, pointing to the “endless negativity” that had been surrounding the Duchess throughout her time as a working royal.

He told Lorraine: “She gets criticised for cleaning her teeth in the morning, let’s face it. It’s ridiculous.

“She didn’t wear a hat, she wore an off-the-shoulder dress, she shut her own car door, shock horror, it’s ridiculous.

“She was a very serious person before she met Prince Harry.

“He doesn’t come into my book until page 175, and by then this was a woman that has received a standing ovation led by the Secretary-General of the United Nations.”