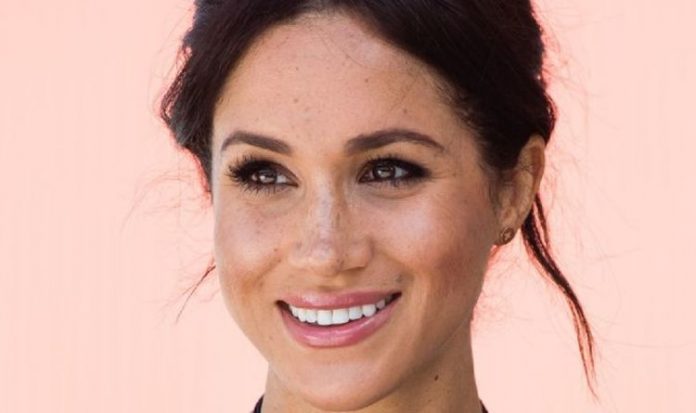 The Duchess of Sussex ensured that she was only filmed from the chest up, thereby keeping her baby bump concealed. The Duchess has brought joy to her legions of fans with the announcement on Sunday that she is expecting her and Harry’s second child. The couple made their most recent public appearance last week.

They delighted members of a Get Lit poetry class, when they unexpectedly joined the video call.

However, the Duchess was clearly giving no clues away as to her new condition.

Both she and Prince Harry were filmed up close in front of their fire place, with only the top halves of their bodies visible.

To announce Meghan’s new pregnancy, the couple shared a black and white picture of themselves, sitting under a tree.

The Duke can be seen placing his hand on his wife’s head as she rests back stroking her bump.

The photograph was taken by the couple’s friend Misan Harriman.

The new baby will be eighth in line to the throne, with the Duke of York moving down one place to ninth.

It will also be the fifth grandchild of Prince Charles and either the tenth or eleventh great-grandchild of the Queen and the Duke of Edinburgh.

All depends on whether Meghan or Zara Tindall gives birth first to their child.