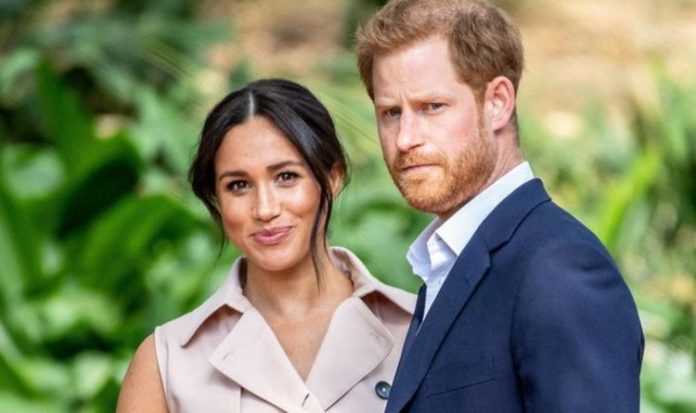 The Duke and Duchess of Sussex have quickly built a new life away from the Royal Family since stepping back in March. They recently signed a £112million Netflix deal to make TV series, films and children’s shows for the streaming service. And now they are said to be planning a fly-on-the-wall reality series that will “give people a glimpse into their lives and see all the charity work they do”.

But despite their busy schedule, the couple may also be planning to fit in a visit to the UK during the Christmas period.

This is so Archie can spend time with his great-grandmother the Queen and great-grandfather Prince Philip amid the “uncertainty of COVID”.

A source told Vanity Fair: “There’s a lot of tradition surrounding the holidays with his family, and they both have really loved that in the past.

“With the uncertainty of COVID, they have been taking it one day at a time and are hopeful that they can all go back together and spend it as a family.

“Time will tell if that will need to happen and if it could potentially impact what they do and when.

“But they are all eager to get back to spend time with Harry’s family and for Archie to see his great-grandmother [Queen Elizabeth II] and great-grandfather [Prince Philip] in particular.”

Meghan and Harry have still kept in touch with members of the Royal Family through online video calls on Zoom during the pandemic this year.

But Harry is said to be “excited” for Archie to bond with the Queen in person too.

“It will all be very tasteful, and not Katie Price and Peter Andre-style reality TV, but they want to give people a glimpse into their lives and see all the charity work they do.’

Royal fans hoping to catch a glimpse into their home may be disappointed to learn the series will focus on their charity work instead.

The source added: “It will still be a fascinating insight and Meghan hopes viewers will get to see the real her.”

But Ingrid Seward, editor of Majesty magazine, called the couple “hypocritical” for their latest move.

She said: “It is extraordinary.

“This is exactly what they said they wouldn’t do.”

A Netflix spokesman said: “The couple already has several projects in development, including an innovative nature docu-series and an animated series that celebrates inspiring women.

“But we are not disclosing any of the programming slate at this time.”