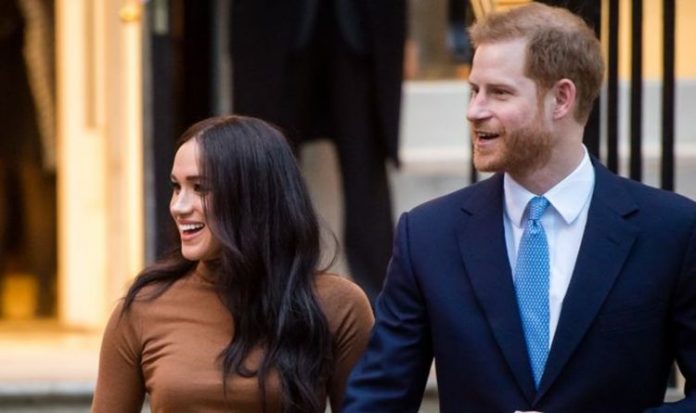 Meghan and Harry have moved out of their friend Tyler Perry’s home, where they spent lockdown. After spending several months at Mr Perry’s Beverly Hills compound, the Duke and the Duchess of Sussex are ready to put down roots in the United States.

Earlier this week, Page Six revealed that the couple purchased a property in Santa Barbara and moved in about six weeks ago.

According to reports, the house was initially listed for £12.9million ($16.9million), so the couple were able to secure a nearly £1.5million ($2million) discount on the asking price.

Page Six has described the property as a 9-bedroom, 16-bathroom mansion that sits on a large lot with a rose garden and century-old olive trees included.

Other key features of the home include a library, spa, wet and dry saunas, a gym, game room, arcade, theatre, wine cellar, and a five-car garage.

Page Six also reported that the property includes a tea house and a children’s cottage.

A friend of the Sussexes told Page Six that the couple are happy that their son, Archie, will grow up in their new home in a quiet area with extensive security measures.

Speaking to news outlet ET earlier this week, a source said: “They have settled into the quiet privacy of their community since their arrival and hope that this will be respected for their neighbours, as well as for them as a family.”

Speaking to Page Six about the couple’s decision to buy a home, a source said they moved in last month.

They said: “Harry and Meghan have been quietly living in their own home in Santa Barbara since early July.

“They are not houseguests of Oprah or anyone else, they bought this home themselves.

“This is where they want to continue their lives after leaving the UK.

“This is the first home either of them has ever owned.

“It has been a very special time for them as a couple and as a family — to have complete privacy for six weeks since they moved in.

“They intend to put down their roots in this house and the quiet community, which has considerable privacy.

“It was a good place for them to be upon their arrival in the US to be close to Meghan’s mom.”