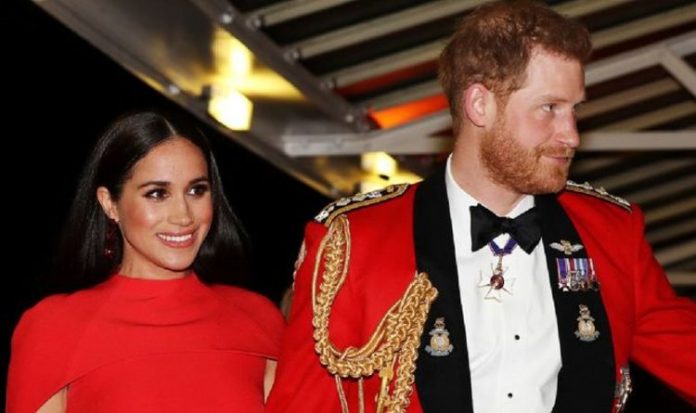 The Duke and Duchess of Sussex recorded their interview on Tuesday, which will be broadcast by CBS on March 7. The primetime special will be titled “Oprah with Meghan and Harry” and could prove to be as explosive as Princess Diana’s interview with Martin Bashir in 1995. It is thought that the couple wanted to have the final say on Megxit with Ms Winfrey.

Meghan will be the main attraction, with Harry providing the back up support.

The Duchess is expected to talk about her experiences of Royal life, her marriage, motherhood and her philanthropic work.

At the same time she will reveal more about how she is coping with the intense public scrutiny that comes with her position.

However, a royal source warned that Ms Winfrey is skilled at getting her interviewees to reveal more than they intended, which could lead to embarrassing disclosures.

They told day Times: “Time to hide behind the sofa at the palace.

“Oprah is skilled at getting people to talk about their feelings and bound to take them down a path they’ll almost certainly regret.

“There will be an element of reliving Megxit and airing their grievances.

Sources say that the interview is unlikely to reveal anything controversial and will be carefully choreographed.

Majesty Magazine’s Joe Little told The Guardian: “This isn’t going to be an unscripted interview.

“It’s going to be carefully thought out and choreographed.”