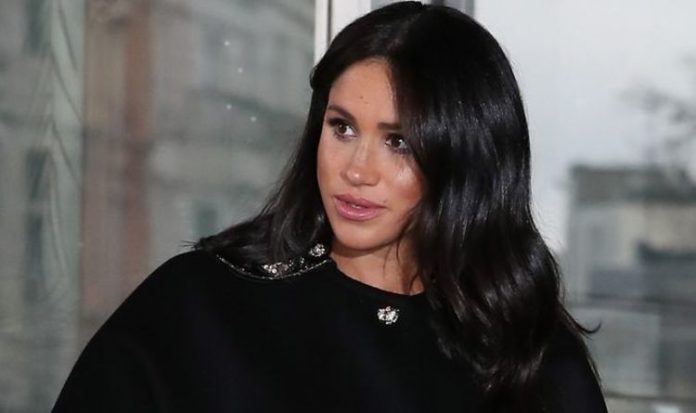 Meghan Markle could be set for a big breakthrough in her lengthy legal battle against Associated Newspapers, according to royal commentators. The Duchess of Sussex has reportedly been granted a summary judgement application, which means her case is going to be tested on whether or not it can be heard on a summary basis. ITV Royal Rota podcast hosts Chris Ship and Lizzie Robinson discussed how this development could “change everything” in the trial.

Mr Ship explained to listeners: “If it’s heard on a summary basis, it will mean there will be no trial at all, no trial whatsoever, not even in the one in October.

“It just means that the facts of law will be put out in front of the judge, and there will be no witnesses.

“Meghan’s anonymous friends won’t be called. Meghan herself and Prince Harry won’t be there either.

“I’ve got the skeleton argument here which the Sussexes put before Master Kaye in the High Court yesterday.”

He continued: “It was all done virtually, only Master Kaye was sitting in the court.

“All the press and journalists watching, as well as the counsel from both sides, were all dialled in virtually.

“The reason why the Sussexes’ legal team say they’re applying for this so-called summary judgement is because they believe they have an overwhelmingly strong case, and there is pretty much no chance of the Mail on Sunday succeeding in its defence.

“Obviously that’s their view, the Mail would heavily dispute that.”

“They would have had to sit out the two weeks before that January 11 date.

“But I don’t think this comes as any surprise that they’re looking at ways that they potentially don’t have to have this played out in a full trial.

“So they can have this resolved without having to go through that.

“It’s going to be very public, a lot put on display if it goes on trial.”