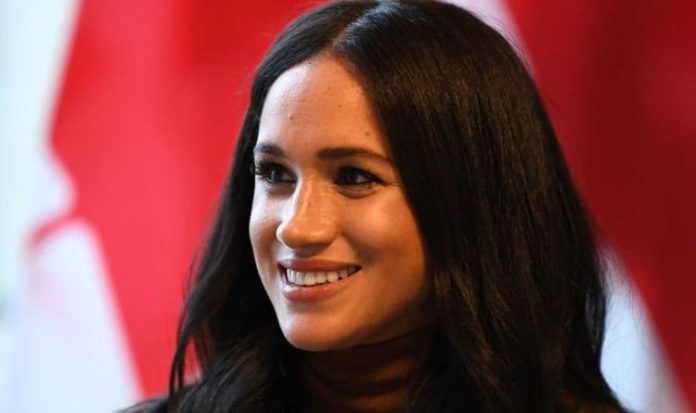 In a piece for The New York Times, the Duchess of Sussex said: “Losing a child means carrying an almost unbearable grief, experienced by many but talked about by few. The 39-year-old described feeling a “sharp cramp” while changing son Archie’s nappy at her LA home.

She wrote of witnessing “my husband’s heart break as he tried to hold the shattered pieces of mine”.

Charity bosses have praised Meghan for speaking out about her loss.

Michelle Kennedy is the founder of a virtual platform called Peanut for women to connect over issues related to motherhood and stillbirth.

She said the duchess had contacted her personally to thank her for creating the group, named after her own son who doctors told her was the size of a peanut at one point in her pregnancy.

Ms Kennedy told the Press Association: “Meghan is someone who we know resonated with our user base from the first moment she was in the public eye and beyond, because she took the brave step of saying things that others certainly in the royal family hadn’t yet said.

“She’s breaking taboos, she’s using her voice to normalise the feelings that every day women are experiencing.

“It was amazing that she used her platform to reach back out to us, and she continues to be inspiring not only to us, but the millions of women who are using Peanut who want to feel that their emotions don’t make them weird or unusual – they’re totally normal and totally legitimate.

“I think the duchess coming out with her own story has liberated so many women in so many different scenarios.”

Prince Harry and Meghan moved to California after stepping back as senior royals in January.

In the heartbreaking article, Meghan wrote: “I dropped to the floor with him in my arms, humming a lullaby to keep us both calm, the cheerful tune a stark contrast to my sense that something was not right.

“Hours later, I lay in a hospital bed, holding my husband’s hand. I felt the clamminess of his palm and kissed his knuckles, wet from both our tears.

Clea Harmer, chief executive of stillbirth and neonatal death charity Sands, said women have had to grieve for their unborn babies alone due to social distancing limitations.

She told PA: “Attending scans and appointments can be really difficult, especially if you have had a miscarriage before, or your baby has died before, and often the scan is the place where you were told your baby has died.

“To be in that position on your own, without your partner there… there are heartbreaking stories of mothers being told on their own and having to go out to the car park or back home and tell their partner themselves.

“I think the trauma and the distress that that’s causing can’t be underestimated.”