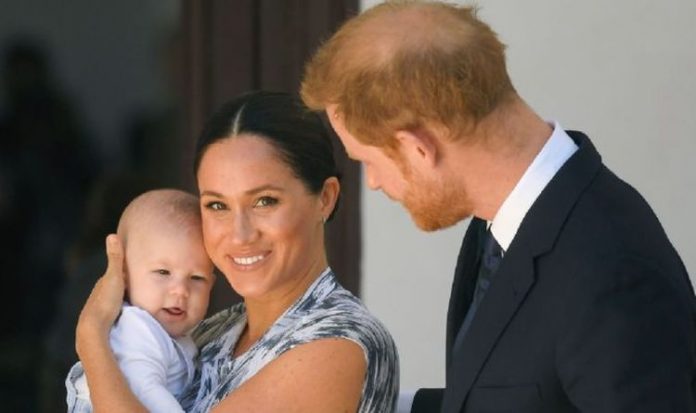 To help the one-year-old adjust to his new life, his great-grandmother, the Queen, sent him a rather unusual present. The revelation was made by Prince Harry during his interview with close pal James Corden on The Late Late Show. The two friends were on an open-top double-decker bus, driving through Los Angeles and chewing the fat together.

The Duke of Sussex told Mr Corden that his grandmother had sent Archie a waffle maker for Christmas.

“My grandmother asked us what Archie wanted for Christmas and Meg said a waffle maker,” Harry recounted.

“She sent us a waffle maker for Archie.

“So [for] breakfast now, Meg makes up a beautiful organic mix in the waffle maker.”

Harry added that Archie wakes up every morning asking for his waffles and “loves it” when the golden brown pancakes come off the grid.

The Prince’s interview was aired on CBS on Thursday, although it was filmed on February 5.

READ MORE: Meghan and Harry should not be allowed to re-enter royal life – poll

“In London, I always see them cruising with tourists.

“I thought it would be really good fun.”