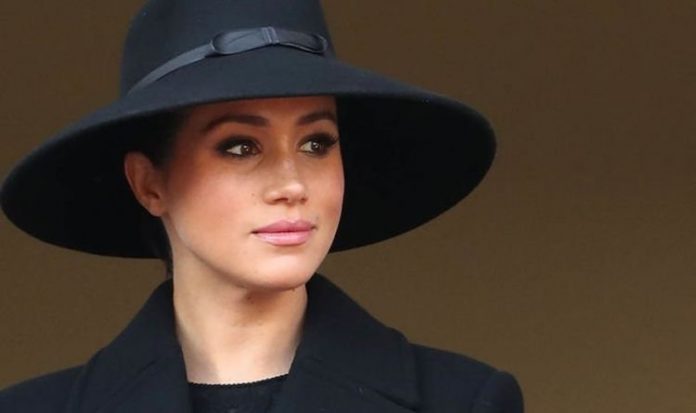 Meghan sent out a statement to set the record straight after it emerged her first names had been removed from Archie’s birth certificate. The Duchess of Sussex said the tweak made to the official document had been dictated by Buckingham Palace.

A spokeswoman for the Duchess of Sussex said: “The change of name on public documents in 2019 was dictated by The Palace, as confirmed by documents from senior Palace officials.

Royal expert Ingrid Seward said the removal of the names could be seen as a “sign” Meghan and Harry “were desperate to do something different to the Cambridges.”

also wrote the change to the birth certificate could be seen as either a “snub” to the Duke and Duchess of Cambridge or a tribute to Princess Diana.

But in her statement, Meghan said the suggestion “she would oddly want to be nameless on her child’s birth certificate, or any other legal document, would be laughable were it not offensive.”

She added: “There’s a lot going on in the world – let’s focus on that rather than creating clickbait.”

Archie was born in the early hours of May 6, 2019, following an overnight dash at London’s Portland Hospital.

As the Duke and Duchess of Sussex had chosen against appearing with their child immediately after his birth, little Archie was introduced to the world on May 8, during a brief press conference hosted at Windsor Castle.

The original birth certificate was registered 11 days after Archie’s birth, on May 17.

On it, the field of the Duchess’ name was filled with “Rachel Meghan Her Royal Highness The Duchess of Sussex”.

Rachel is Meghan’s first name, but the Duchess chose to opt for her second name when she stepped into the world of acting.

However, 19 days later, on June 5, the royal couple submitted changes to both their name fields.

Prince Harry added the title of “prince”, which had originally been left out.

On the other hand, Meghan’s name field was edited to only read “Her Royal Highness Duchess of Sussex”.

Following the birth of Prince William in 1982, Princess Diana only added her title rather than her full name on his birth certificate.

Speaking before Meghan issued her statement, Lady Colin Campbell, who spotted the amendment, told : “It is extraordinary and raises all kinds of questions about what the Sussexes were thinking.”

Ms Seward said it was “unprecedented” to see a royal change a birth certificate, adding: “But to remove forenames is remarkable.”

After having spent the first six months of his life at Frogmore Cottage with his parents, Archie flew across the pond in mid-November 2019 to accompany Meghan and Harry to their announced six-week break.

While Meghan and Harry travelled back twice to the UK between January and March 2020, the now-19-month-old never returned with his parents and now lives at their new family home in Montecito.