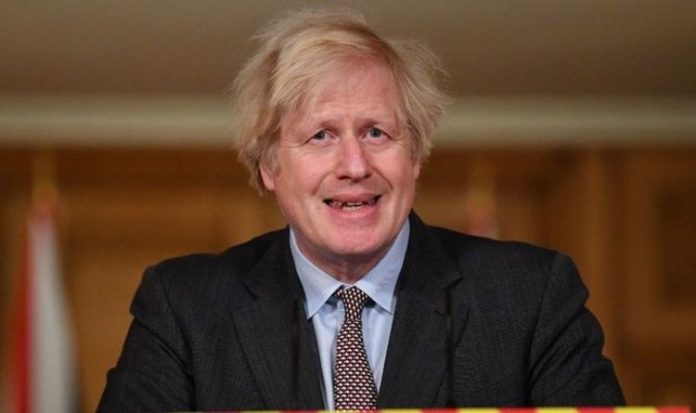 Following the threat towards Northern Ireland from the EU last week, the Lib Dem mayoral candidate for London warned the UK has lost its independence. Although the UK has avoided the turmoil surrounding the EU’s vaccine rollout, she claimed Brexit has not allowed Britain to take back its sovereignty. Despite the UK having vaccinated close to nine million people, free from the EU, Ms Porritt claimed Brexit Britain had “given up control”.

She added: “Leaving hasn’t enhanced our sovereignty, it has diluted it.

“Taking back control has morphed into giving up control.

“I think the incident shows how interdependent we are.

“It shows we need more cooperation not less, which will hopefully be the prompt to reset relations on a better footing for the future.”

After the reported shortages of the AstraZeneca-Oxford University and Pfizer-BioNTech vaccines, the EU has panicked over the implementation of its immunisation programme.

With member states without vaccine supplies, Brussels threatened to invoke drastic trade actions in order to stop the jabs made in the EU, crossing into Northern Ireland and therefore the UK.

However, Brussels soon revoked the threat after widespread outrage in Ireland and the UK.

Vaccines Minister Nadhim Zahawi said: “If approved, Valneva’s vaccine will not only help tackle Covid-19 here in the UK, but aid our mission to ensure there is a fair supply of vaccines across the globe.

“No-one is safe till the whole world is safe.”

If the drug is approved, 60 million doses may be delivered in the second half of 2021.

According to figures from Our World in Data, the UK has administered 13.95 per 100 people.

Health Secretary Matt Hancock added: “The Valneva vaccine showcases the best of Scottish expertise right at the heart of our UK vaccine endeavour, demonstrating the strength of our union and what the UK can achieve when it works together.