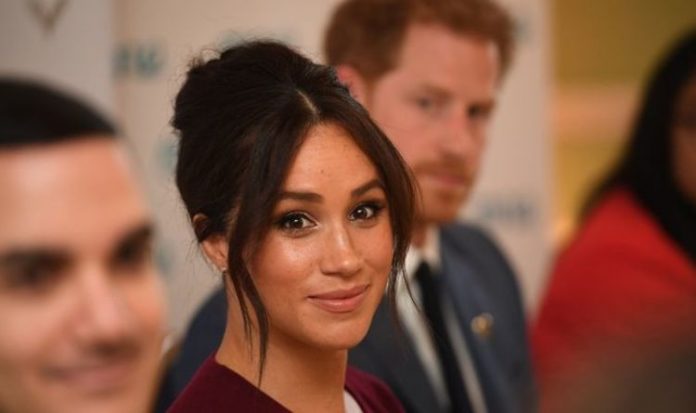 Meghan is set to sit down with the US chat show host for her first interview since stepping down as a senior member of the Royal Family. Prince Harry is also expected to feature in the interview. The “tell-all” interview – titled Oprah with Meghan and Harry: A CBS Primetime Special – will air on March 7 in the US.

But according to the Telegraph, Meghan wanted the 90-minute special to be broadcasted on the BBC.

However, a source claimed the corporation was not involved in the fierce bid war for international rights.

The source said: “We’re not going to pull out the chequebook for that.”

Instead of airing the “tell-all” interview, the BBC will broadcast a Commonwealth Day celebration.

It is believed negotiations for international rights involved Sky and ITV.

According to Variety, neither Netflix nor Amazon were not involved in the bidding, despite Meghan and Harry signing a multi-million dollar deal with Netflix.

The publication claimed ViacomCBS Global Distribution Group – which sells the international rights – “was interested in having the interview put on a free-to-air channel”.

Oprah attended Meghan and Harry’s 2018 wedding despite only knowing the couple for a short time beforehand.

Over the years, royal interviews have a history of not going to plan, most recently Prince Andrew’s car crash interview with BBC Newsnight over the Jeffrey Epstein scandal.

In the past, Princess Diana’s interview with BBC Panorama shook the world, but she was said to later regret some of the things she said.

Mr Myers told the Pod Save the Queen podcast: “There were some reports that the Queen does trust Harry, that he won’t put his foot in it or disgrace himself or the family, but these things do not go to plan do they?

“And even further back, you look in the Nineties, we’re still talking about those two interviews now, Princess Diana and Prince Charles before her, so it’s an absolute disaster waiting to happen potentially.”

“Certainly everyone found out about it at the same time on Twitter the other day.”