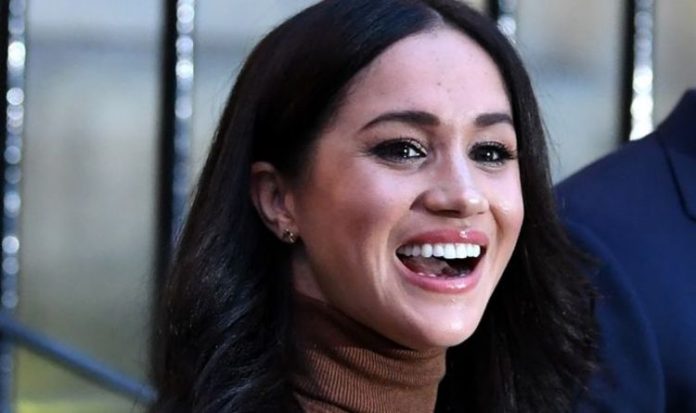 Meghan Markle and Prince Harry stepped down from their roles as senior members of the Royal Family at the beginning of this year. The couple said they wanted to “step back” and become financially independent and live a more private life. Meghan and Harry said they would be balancing their time between the UK and US and added they would continue to “fully support” Queen Elizabeth II while honouring their commitments to the Commonwealth and their patronages.

But now, it seems as though the Duke and Duchess are finally living their American dream, having settled in Santa Barbara.

Before that though, the couple’s living situation was somewhat up in the air.

They started the year at Frogmore Cottage in Windsor, before moving to a rented mansion on Vancouver Island in Canada for a short time after spending Christmas there.

After that, Meghan and Harry headed to Los Angeles where they were rumoured to be staying in Tyler Perry’s mansion.

READ MORE: Prince Harry ‘to avoid hassle of representing Queen’ in US

Now, the duo have moved into their fourth home after buying their own property in Santa Barbara, California.

Meghan and Harry decided to put down roots for their one-year-old son, Archie, in the exclusive hilltop neighbourhood of Montecito, a wealthy area of Santa Barbara.

Situated perfectly between the Santa Ynez Mountains and the Pacific Ocean, the couple’s new home was reportedly bought for £11.2million and paid for with their own money.

The new home will enable Meghan and Harry to raise Archie in seclusion, while also giving easy access to nearby Los Angeles.

Santa Barbara makes complete sense for the couple, as not only is it near to where the Duchess of Sussex grew up in LA, but is famous for its focus on wellness, making it ideal for eco-conscious Meghan and Harry.

A Visit Santa Barbara spokeswoman said: “We’re thrilled they have chosen to make their home in Montecito.

“One of the reasons why celebrities love living in Santa Barbara and visiting here is because they feel like regular people and don’t get hassled by locals or paparazzi, though this may considerably up the ante – we hope not, for their sake.

“Many of the homes in Montecito are very well hidden from view with large hedges and gates, which helps give them the privacy and discretion they desire.

“We don’t know for sure, but suspect the beautiful coastal landscape, proximity to LA, low-key but high-quality lifestyle, outdoor recreation, arts and culture and our world-class food and wine scene may also be aspects of what drew them to Santa Barbara.

“Santa Barbara also has a high concentration of philanthropists and philanthropical organisations so this will be a good setting for the important work they are doing.”

In addition to paying the mortgage on their new place, Meghan and Harry are reimbursing costs they spent renovating Frogmore Cottage.

As part of a repayment deal, the Sussexes are forking out an increased rent of £18,000 a month to begin paying back the £2.4million renovation.

Many were keen the sum, paid for by taxpayers, was returned following their step back from life as working royals.