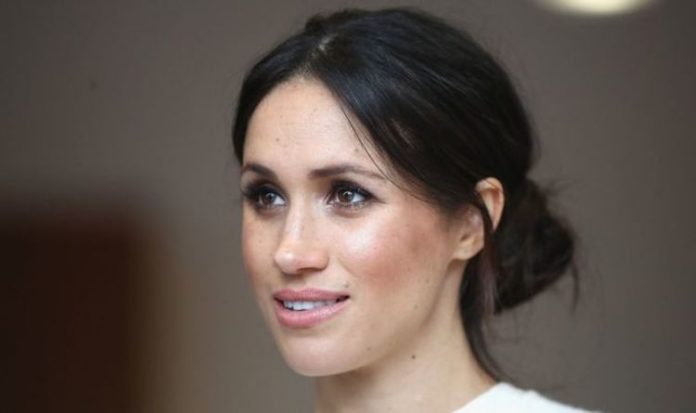 Meghan Markle is suring Associated Newspapers Limited (ANL), the publishers of the Daily Mail, Mail on Sunday and Mailonline, for publishing extracts of a letter she wrote to her father Thomas Markle in 2018. The Duchess is seeking damages for alleged misuse of private information, breaching the Data Protection Act and infringing copyright and her case was heard at the High Court in London today.

Meghan’s legal team have applied for a Summary Judgement, which will continue to be discussed in court tomorrow.

If this is approved, it would negate the need for a full trial as the judge would make his decision based on the papers filed.

During today’s hearing Meghan’s lawyer Justin Rushbrooke QC today described the 1,250-word letter as “a heartfelt plea from an anguished daughter to her father”.

But in Mr Markle’s witness statement, he claimed the letter was a “criticism” of him.

In the lengthy document Mr Markle spoke about an article published in People magazine, which is said to have quoted a number of Meghan’s close friends.

He said in the document: “The article quoted a long-time friend of Meg talking about the letter.

“She was quoted as saying: ‘After the wedding she wrote him a letter. She’s like, “Dad, I’m so heartbroken. I love you. I have one father. Please stop victimising me through the media so we can repair our relationship”.’

“This suggested to people that Meg had reached out to me with the letter, saying in the letter that she loved me and that she wanted to repair our relationship.

“That suggestion was false. The letter was not an attempt at a reconciliation. It was a criticism of me.

JUST IN: Meghan letter was attempt to defend claim she was ‘unloving daughter’

The 76-year-old said he only decided to publish the letter Meghan had sent him after reading the article, as he wanted to “set the record straight” and prove the claims were “false and unfair”.

Mr Markle said: “The article had given an inaccurate picture of the contents of the letter and my reply and had vilified me by making out that I was dishonest, exploitative, publicity-seeking, uncaring and cold-hearted, leaving a loyal and dutiful daughter devastated. I had to defend myself against that attack.”

He said he then reached out to Caroline Graham at the Mail on Sunday to share his side of the story.

The document said: “It was important to me in setting the record straight about me and about the tone and content of the letter that Caroline should not just describe what Meg had written but that she should actually quote from and reproduce parts of the letter.

“If the public didn’t see the letter and read what it said in its own words, I did not think anyone would believe me… Readers had to see the letter for themselves – then they would know they were getting the truth.”

Mr Markle said he approved all of the extracts ahead of publication and he said the choice was his to not publish the whole of the letter.

He said: “The reason for that was because I thought the letter as a whole made Meg look terrible.