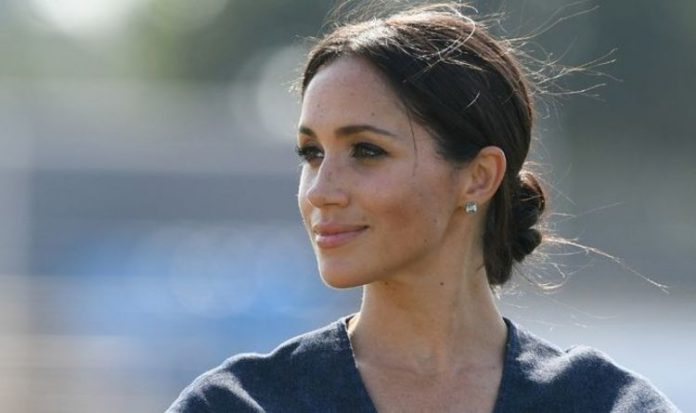 The Duchess of Sussex, 39, sued Associated Newspapers Limited (ANL) – the publisher of The Mail On Sunday and MailOnline – over five articles in February 2019 which included extracts from a handwritten letter she sent to her estranged father Thomas Markle, 76, in August 2018. Meghan, who sensationally quit royal duties with Prince Harry, 36, last year, took legal action for alleged misuse of private information, copyright infringement and breach of the Data Protection Act.

The former actress won her privacy claim on Thursday and friends told the Daily Telegraph her victory is a “vindication” of Megxit.

According to the newspaper, the ex-Suits star was advised by royal aides not to launch the legal action – which could have seen her face her father in a courtroom showdown.

But Meghan hired law firm Schillings and pushed ahead.

A friend said: “There have been lots of people along the way who said they should have walked away or backed down.

Meghan Markle’s High Court victory is a “vindication” of Megxit, according to friends (Image: GETTY)

“It has shown determination on their part.

“I don’t think it shows a desire for litigation but their resolve for seeking integrity and truth, where others would be encouraged to let things slide. That’s their driver.

“This action would not have got to this point if they were still working members of the Royal Family and were not financing it independently.

“This was not going to happen if they were still using Royal Family lawyers.”

The former actress won her privacy claim on Thursday and friends told the Daily Telegraph her victory is a “vindication” of Megxit (Image: GETTY)

Meghan’s legal action was announced during her and Harry’s royal tour of Africa in October 2019 – months before they revealed plans to step back as senior royals.

In January, her lawyers asked Mr Justice Warby to grant summary judgment in relation to her privacy and copyright claims – a legal step which would see those parts of the case resolved without a trial.

On Thursday, the judge granted Meghan summary judgment in relation to her privacy claim, ruling that the publication of her letter to Mr Markle was “manifestly excessive and hence unlawful”.

Mr Justice Warby said: “It was, in short, a personal and private letter.

“The majority of what was published was about the claimant’s own behaviour, her feelings of anguish about her father’s behaviour, as she saw it, and the resulting rift between them.

“These are inherently private and personal matters.”

The judge also granted summary judgment in relation to most of Meghan’s copyright claim.

But he said the issue of whether the 39-year-old was “the sole author” of the letter, or whether Jason Knauf, formerly communications secretary to the Sussexes, was a “co-author”, should be determined at a trial.

Meghan’s legal action was announced during her and Harry’s royal tour of Africa in October 2019 – months before they revealed plans to step back as senior royals (Image: GETTY)

Mr Justice Warby said that there would be a further hearing on March 2 to decide “the next steps”.

Meghan’s data protection claim was not considered at the hearing in January and is still outstanding.

The ex-actress, who is living in a mansion in California with Harry and their young son Archie, hailed her victory in a statement after the ruling.

She said: “After two long years of pursuing litigation, I am grateful to the courts for holding Associated Newspapers and the Mail On Sunday to account for their illegal and dehumanising practices.

Meghan and Harry are living in California with their young son Archie (Image: GETTY)

“These tactics – and those of their sister publications MailOnline and the Daily Mail – are not new.

“In fact, they’ve been going on for far too long without consequence. For these outlets, it’s a game.

“For me and so many others, it’s real life, real relationships and very real sadness. The damage they have done and continue to do runs deep.

“The world needs reliable, fact-checked, high-quality news. What the Mail On Sunday and its partner publications do is the opposite.

“But, for today, with this comprehensive win on both privacy and copyright, we have all won.

“We now know, and hope it creates legal precedent, that you cannot take somebody’s privacy and exploit it in a privacy case, as the defendant has blatantly done over the past two years.

“I particularly want to thank my husband, mom and legal team, and especially Jenny Afia for her unrelenting support throughout this process.”

A spokesperson for ANL said: “We are very surprised by today’s summary judgment and disappointed at being denied the chance to have all the evidence heard and tested in open court at a full trial.

“We are carefully considering the judgment’s contents and will decide in due course whether to lodge an appeal.”