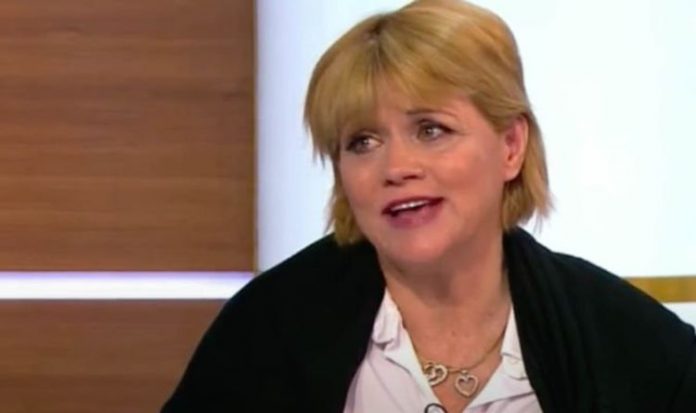 Samantha has told her side of the story in her newly-released book, the first instalment of her memoir, ‘The Diary Of Princess Pushy’s Sister Part 1’. In an extract of the book, reported by Newsweek, she wrote she was “delighted” when she saw the snaps paparazzo Jeff Rayner had taken of her father just a few days before the wedding of the Duke and Duchess of Sussex.

But her happiness quickly turned sour when she noticed an article unmasking the heartwarming photographs as “staged”.

She claims: “I nearly choked, when I saw photographs of the photographer walking three feet behind my father, as seen on an Internet Cafe surveillance camera.

“I was guaranteed that he would not be visible, and I’m sure he knew that the camera was there on the ceiling, so I felt as though I had been baited, and so had my father.

“I was guaranteed it would be discreet, and then he publicly allowed himself to be seen walking three feet behind my father with the long lens camera, and furthermore, bragged about it on his Facebook page the following day.

Meghan Markle walking down the aisle on her wedding day (Image: GETTY)

“I sent an email to the photographer, letting him know that I was horribly upset by what had occurred, and he said that he would arrange ‘something’ with my father that would make him happy, and that he would ‘fix the situation.’

“The damage was done, and the thought of ‘fixing it’ was tragicomedy at best.”

In the staged shots, Mr Markle can be seen getting ready for the wedding.

In one of the pictures, he browses through a book on British landmarks, while in another he looks at news stories about his daughter and Prince Harry.

In her memoir, Samantha said she has been the person setting up the staged paparazzi shots.

The aim, she said, was not to make any money out of the sales of these photographs but simply to improve the image of her father.

She claims: “I got a call from someone offering to connect me with a photographer friend by the name of Jeff [Rayner], who promised to discreetly take photographs of my father, putting him in an honest light, because other photographers had been so disparaging, intentionally.

“I received no money for the deal per my request, and the goal for my father was not money, because he had been turning down $50,000 interviews.

“It was just allowing the Royals and the world to see him in his proper light, because he was so horribly labeled and photographed.

“It was like watching vultures feast. The photographer said, ‘Don’t worry, I will take good care of your dad, and nobody will even see.'”

Meghan Markle and Prince Harry married at St George’s Chapel on May 19 2018.

The Duchess’ mum, Doria Ragland, and dad had both been invited to the star-studded ceremony.

However, a few days before the wedding, Mr Markle suffered a heart attack and remained in the US.

A Kensington Palace spokesman said in a statement in the run-up to the nuptials: “This is a deeply personal moment for Ms Markle in the days before her wedding.

“She and Prince Harry ask again for understanding and respect to be extended to Mr Markle in this difficult situation.”

On the day of her wedding, Meghan entered the chapel alone and was walked down the aisle by Prince Charles.

Samantha, who according to the Daily Mail hasn’t seen Meghan since 2008, has been a fervent critic of her sister since her relationship with Prince Harry came to light.

In November 2016 attached the now-Duchess saying “her behaviour is certainly not befitting of a Royal Family member”.

In April 2018 she lashed out at the Sussexes for inviting members of the public to the Royal Wedding but not members of her own family.

And in January 2020, shortly after Meghan and Harry announced their intention to step back as senior royals, she said Meghan was “lacking consideration” for the British Royal Family.