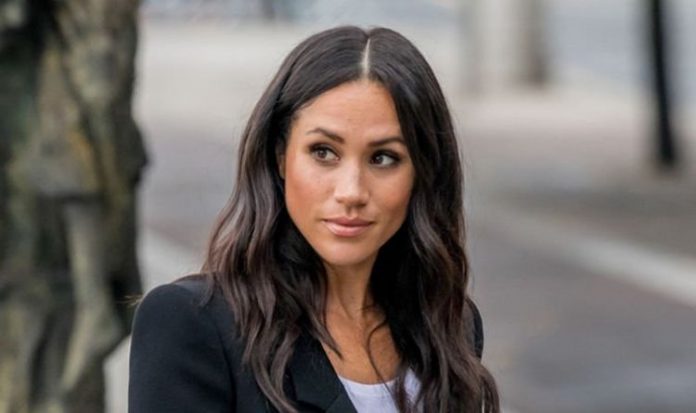 Meghan Markle, 39, and Prince Harry, 36, visited the Los Angeles National Cemetery to mark Remembrance Sunday and released photos of the moment. The Duke and Duchess of Sussex were absent from the annual commemoration at the Cenotaph in London, having begun a new life in California after stepping down as working royals. The couple laid flowers that Meghan picked from their garden at the gravesites of two Commonwealth soldiers, one who had served in the Royal Australian Air Force and one from the Royal Canadian Artillery.

Speaking to talkRADIO, Ms Markle said: “I think what is most glaring about any Remembrance Day is not only is important to remember those who have sacrificed but as a reminder that life is precious and short and we should certainly pay gratitude.

“Seize the day, seize the moment, apologise and make good with those who are alive who have given us so much because after all, we are finite.

“I only hope that she would wake up to that but that doesn’t seem to be the case.”

Host Dan Wootton asked: “You would call on her to apologise?”

Ms Markle continued: “Absolutely. This has all been horrible and I think it should have been nipped in the bud.

Harry earlier described the day as “a moment for respect and for hope” during an appearance on a military podcast.

Harry added: “Even when we can’t all be together, we always remember together.”