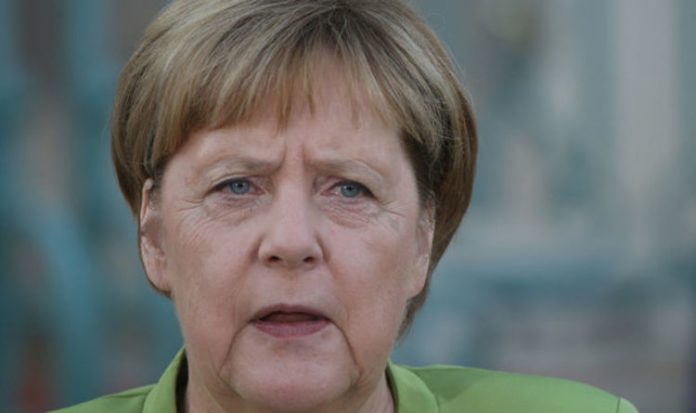 The Chancellor gave the nod for Manfred Weber to run for the next European Commission president, once Jean-Claude Juncker’s five year mandate comes to an end.

Outspoken Mr Weber has previously warned Brexit would “damage” the UK in one of a number of outbursts against the decision to leave the EU.

The 46-year-old leader of the centre-right European People’s Party (EEP) questioned the UK’s “state of mind” for going into the next phase of negotiations in February and mocked he had “no idea what Britain was”.

He also warned Prime Minister Theresa May to “come up with concrete proposals very soon”, sparking outrage among Brexiteers far and wide.

A social media fan, he has also taken to Twitter to air his views on Brexit and Britain.

One tweet read: “No blank cheque for the British government. We will only agree to a post-Brexit transition period if there are concrete results in the negotiations. #EUCO #Brexit.”

Another said: “The British government has been complaining a lot recently. It seems to realise only now that #Brexit will actually have an impact. My message to London is: please don’t complain any more, just deliver. #EPlenary #EUCO.”

A third read: “The first phase of #Brexit negotiations was meant to build trust. By downgrading this agreement to a statement of intent, the UK Government is putting our trust at risk. The EU 27 & UK must make it clear on Thursday that the agreement is binding for both sides. #EUCO.”

Ms Merkel wants a German to take over from Luxembourg-born Mr Juncker, and as leader of the EU’s most populous and wealthiest provider, she has considerable influence over the EPP’s choice of candidate for the coveted role.

Added to that, Mr Weber’s EEP’s member parties are in government in nine of the bloc’s 28 member states and are also leading poll across Europe, meaning the 46-year-old could soon be a front-runner when candidates are selected in Helsinki this November.

According to German publication Der Spiegel, Ms Merkel had agreed after meetings with EPP President Joseph Daul in Berlin this week to throw her weight behind Mr Weber, who is currently lobbying to win the support of other member parties.

Mr Weber is an ally of Ms Merkel with his Christian Social Union party acting as a sister party with similar social policy to her Christian Democratic Union party.

Mr Weber is said to oppose the stance of anti-EU and anti-immigration leaders such as Viktor Orban, Hungary’s prime minister, as does Ms Merkel.

Ms Merkel’s backing will likely dash any other Germans’ hopes of winning the nomination.

It has been decades since a German has headed the Brussels-based Commission, whose 30,000 staff draft and enforce legislation and has been instrumental in driving the process of European integration since the bloc’s beginnings in 1957.

Other candidates for the job include France’s EU chief negotiator Michel Barnier.