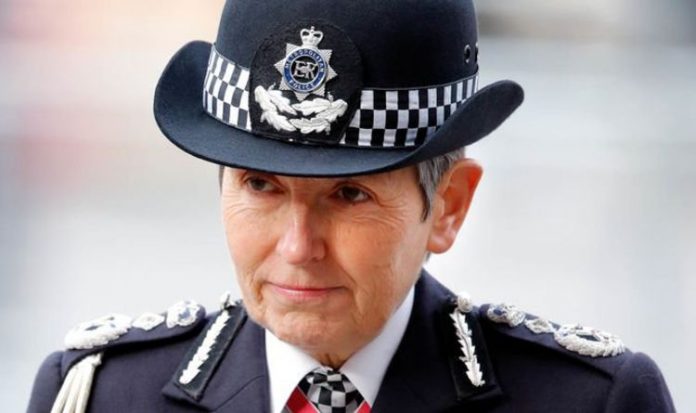 Dame Cressida Dick said 147 of her colleagues in the capital had been coughed at and another 51 spat at by people claiming to have coronavirus since the start of the pandemic. She said that around 10,000 fines had now been handed out in the capital for breaches of coronavirus regulations since restrictions came into force in March, with the rate of tickets issued increasing during the latest wave. Dame Cressida backed an open letter sent from all 43 branches of the Police Federation of England and Wales to officials in Westminster and the Welsh Assembly, which said failing to vaccinate officers would be “a deep betrayal”.

“I would have to say I’m extremely disappointed,” Britain’s most senior police officer told the City Hall’s police and crime committee on Wednesday.

“And I think I can speak for my people when I say they are disappointed.

“Their motivation, they’re up for the job, their desire to protect the public and carry out their core roles hasn’t changed an iota.

“It’s been a long tough year for them, they’ve been out there. We have not flinched from providing the best possible service that we can.

“They are at a particular risk because of the way in which they are so often going from house to house, in people’s personal space, dealing with people who are spitting… this is a many times a day occurrence for my people.

She said no officer wanted to be “barging their way ahead” of the elderly or vulnerable, but said there was a “strong” case in the current phase of the vaccination programme to prioritise those on the front line.

“I would like to have seen that,” the commissioner said.

“It looks like that is not very likely to happen. But at the very minimum I’m still asking that if we can’t have that, then when we get into the priority two, that police officers and perhaps other occupations should be considered as a priority. I am disappointed with where we now are.”

A Department of Health and Social Care (DHSC) spokeswoman said: “We are grateful for the tireless efforts of all our key workers, including police officers, at this difficult time. They are keeping us safe and ensuring that vital services carry on.

“We are following advice from the independent Joint Committee on Vaccination and Immunisation (JCVI) to vaccinate the most vulnerable people first.

“They advised the immediate priority should be to prevent deaths and protect health and care staff, with old age deemed the single biggest factor determining mortality.”