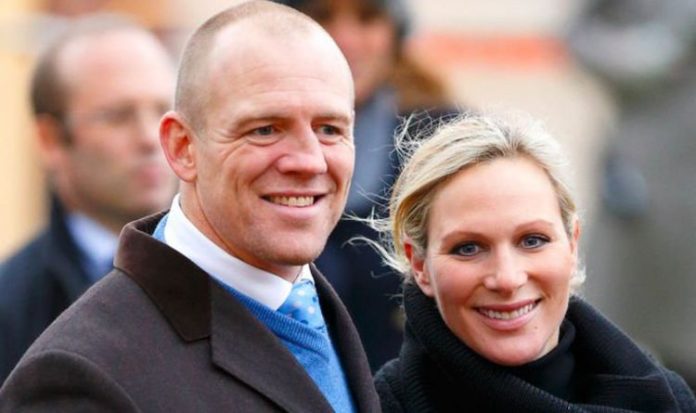 Mike Tindall, the husband of Princess Anne’s only daughter Zara, has entered a legal battle alongside Mr Haskell and podcast host Alex Payne against a venture capital firm over their popular show, House of Rugby. The podcast was created and broadcasted by Joe Media two years ago and quickly became one of the country’s favourite shows focused on rugby.

However, the company went into administration in May.

The firm is accusing Mike, Mr Payne and Mr Haskell of trying to carry on the show after the Joe Media was sold.

The trio, the firm added, don’t have the permission to use House of Rugby’s branding or seek sponsorship by themselves.

In its High Court claim, Greencastle said the trio were “assert[ing] and represent[ing] to potential sponsors… and others that they were

continuing the House Of Rugby podcast… and owned the right [to do so].”

Additionally, Mike, Mr Haskell and Mr Payne have been accused of allegedly “prepar[ing] and distribut[ing] a PR campaign”.

These moves, Greencastle’s claim reads, indicated that they were “continuing the podcast” and “rebranding [it] ‘The Good, The Bad And The Rugby’.”

Mike Tindall has been taking part in the House of Rugby podcast since October 2018 (Image: GETTY)

Mr Haskell, the claim alleges, also posted a message on social media showing himself and Mike wearing House of Rugby branded t-shirts and declaring in the caption: “The King is dead!…long live the king!!!…same choir, different cathedral. Get ready!”

The former England player published a photo showing himself, Mike and Mr Payne holding pints of Guinness, the House of Rugby’s sponsor, on August 4.

The caption to the picture read: “The king is dead! long live the king!!!!

“For those wondering about our podcast.

“We have big news tomorrow so watch out for an announcement on my social channels.

“There are huge changes all around, but all for the better.

Greencastle is now accusing the trio of “passing off”, a practice similar to trademark infringement, and is seeking injunctions against them.

Mike Tindall is the son-in-law of Princess Anne (Image: EXPRESS)

Passing off happens when a competitor creates a business so similar to one already existing and thriving that usual customers of the original enterprise could mistake the two.

Among the most common forms of passing off there is using a similar sounding name as well as similar logos or product shapes and styles.

The trio alleges Mr Payne had “made it clear” to Greencastle in July that they were “pretty far down the line with [their] own plans”.

They continued saying Greencastle “real complaint” is it “overpaid” Joe Media while failing to retain their services.

Greencastle partner David Sefton told the Daily Mail: “Despite our best efforts to resolve this situation amicably, the continued actions of the defendants have left us with no choice but to act to protect House Of Rugby.”