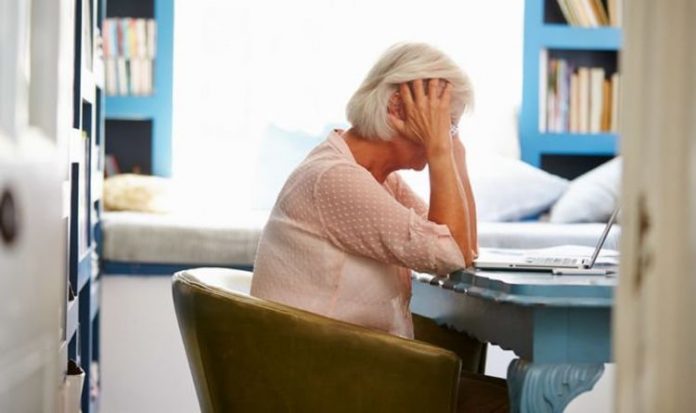 Throughout the pandemic. the NHS has remained open for urgent care (stock image) (Image: Getty)

The previously hidden toll showed hospital deaths were below average for many key conditions including dementia and heart disease, fuelling fears that thousands stayed home instead of seeking medical help. Experts said it was unclear how many lives could have been saved but warned some patients may have died needlessly due to delayed treatment or without appropriate end-of life care. They called for urgent action to prevent the pattern repeating during the second wave.

Grieving father Craig Russell also called on the Prime Minister to get cancer treatment back on track and ensure it continues during the current lockdown restrictions.

His daughter Kelly Smith, 31, died in June, just weeks after her treatment for stage four bowel cancer was halted due to the pandemic.

He told the Daily Express: “Give the NHS the tools they need to help. Sadly, it is too late for Kelly, but there’s still time to save others.”

Mr Russell, 51, warned that suspending services during lockdown had “traded lives” and could lead to thousands of deaths from cancer and other killer conditions. He said: “Boris Johnson and Health Secretary Matt Hancock need to do the right thing – not trade lives but save lives.

Kelly spent her last weeks being cared for by her family before she died just 14 hours after moving to a hospice.

The young mother, from Macclesfield, Cheshire, had been undergoing treatment for cancer when the pandemic. stuck.

Mr and Mrs Russell have launched a campaign, Catch Up With Cancer, to try and prevent other families suffering as they have.

Two weeks ago they shared a video call with Mr Hancock, who assured them the NHS was doing everything possible to keep services running.

But the campaigners, who have received the backing of more than 100 MPs, believe extra resources and emergency plans are needed.

Their petition has been signed by more than 310,000 people.

It comes as the Office for National Statistics revealed there were 24,387 more people than usual who died at home in England between March 14 and September 11.

The number of people dying at home from dementia and Alzheimer’s rocketed by 79 percent in England, with 2,095 excess fatalities recorded.

Samantha Benham-Hermetz, from Alzheimer’s Research UK, called for research to discover why more people were dying at home .

She said: “It’s likely that factors such as social isolation and people’s fear of coming forward to access medical care they need has led to such a huge increase, which is why it’s more important than ever that people with dementia are not neglected.”

Deaths in private homes from Parkinson’s, cerebral palsy and diabetes also all increased by more than 75 percent.

The leading cause of death in the home for both men and women was heart disease.

Dr Sonya Babu-Narayan, who is associate medical director at the British Heart Foundation, said: “The increased rate of deaths occurring at home suggests that reduced access to cardiovascular care has contributed to these unexpected deaths.”

Deaths at home remained a third higher than usual last month, suggesting some people may still be shying away from hospitals.

A Department of Health spokesman said: “Our deepest sympathies go to the families of those who have died.

“Throughout the pandemic. the NHS has remained open for urgent care and it is vital that people come forward.

“The NHS treated two non-COVID patients for every one COVID patient during the first wave of the pandemic. and more than 870,000 people were referred for cancer checks between March and August.

“In addition to this, £3billion in funding has been allocated to the NHS to prepare for winter.”

Views from the experts…

Dr Sonya Babu-Narayan, associate medical director, the British Heart Foundation: There has been a devastating impact on people with heart and circulatory disease. As we see a rise in cases, we must use the lessons learned, and protect planned heart tests and treatments such as stents, pacemakers and heart surgery so we can avoid deaths that could be prevented.

Fiona Carragher, director of research, Alzheimer’s Society: On top of thousands dead from the virus, people with dementia continue to decline dreadfully due to the impact of isolation and suspension of health and social care services. The NHS and local authorities must set out how they will involve social care providers in winter pressure planning.

Adrienne Betteley, Macmillan Cancer Support: We know most people with cancer would prefer to die at home if they have the right support. Unfortunately, we are seeing unprecedented demand. This is not sustainable and, with a tough winter ahead, extra resources in end-of-life and palliative care are needed now to ensure high-quality care.

Professor Pat Price, chairman of Action Radiotherapy: Today’s figures are more damning evidence of the Government’s failure to tackle the treatment backlog. This is the worst cancer crisis I have seen in my 30-year career. Frontline staff are amazing and going above and beyond, but we need a super-boost to services, like advanced radiotherapy, to clear the huge patient backlog.

Karen Stalbow, head of policy, Prostate Cancer UK: Over 11,500 men die each year from prostate cancer and, with Covid-19. restrictions, larger numbers of men are dying at home. However, we also know it’s been more challenging to get end of life care. It is essential men at the end of their lives can access safe services, regardless of any second wave.