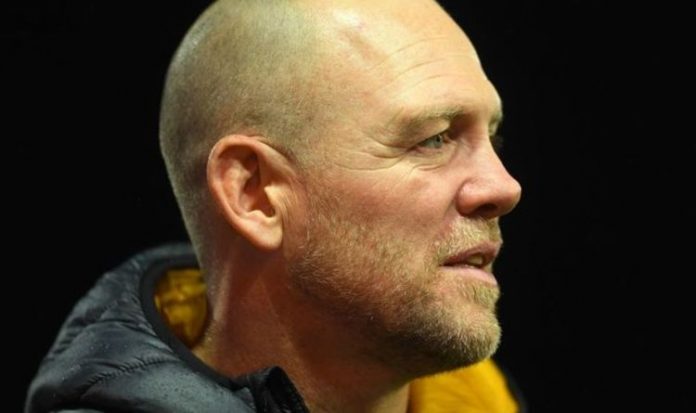 “As a 13 he was one of those players that concerned me a lot defensively. Proper French flair!! #rip”

Mike retired from rugby in 2014, 11 years after being part of the England 2003 Rugby World Cup-winning team.

Following his retirement, which happened three years after he married Zara, Mike took on different projects.

During the podcast, Mike has sometimes spoken about his family – and his younger daughter Lena even made a guest appearance in one of the episodes recorded during the first national lockdown.

While Mike was speaking, little Lena could be heard gurgling in the background.

Mike has also become the patron of the Cure Parkinson’s Trust.

Mike is one of the many rugby personalities and teams to have paid tribute to Dominici.

His ex-teammate Vincent Clerc said: “I came up against him in the past and it was tough. You felt he had this passion to win.”

France’s rugby federation said the national sport was “in mourning after the tragic death of our wing Christophe Dominici”.

It added: “We’re particularly thinking of his family and loved ones.”

Similarly, the Welsh Rugby Union – of whom Prince William if patron – issued a heartfelt message saying: “Adieu, Christophe Dominici… what a player.”

England Rugby, Mike’s former team, also wrote on Twitter: “All of our thoughts are with the family and friends of Christophe Dominici at this incredibly sad time.

Irish Rugby sent heartfelt condolences via Twitter as well, writing: “Everyone in Irish Rugby is thinking of our friends in @FranceRugby following the desperately sad news of Christophe Dominici’s passing.

“We’re thinking particularly of Christophe’s family, friends and former team-mates at this sad time. May he rest in peace.”

The French player, who retired in 2008, famously helped his national team knock New Zealand out of the 1999 Rugby World Cup.

On Tuesday, he was seen by a witness climbing the roof of a disused building at Saint Cloud park, near Paris.

Prosecutors have opened an inquiry into the cause of his death.