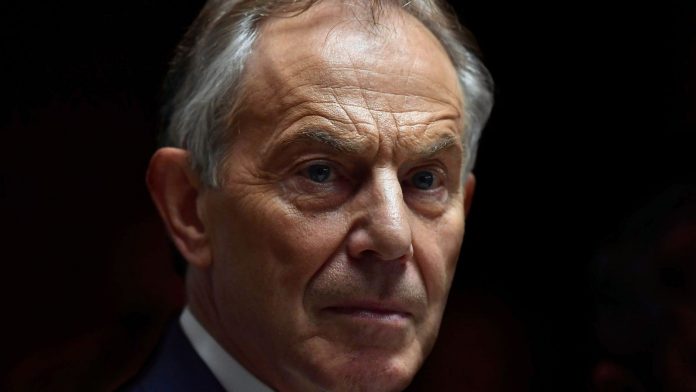 Tony Blair has said he is “not sure it is possible” for Labour “moderates” to regain the party from the left.

The former prime minister complained it had become “a different party” from the one he lead to win three elections.

“I’ve been a member of the Labour Party for over 40 years,” he told the BBC Radio 4. “You do feel a strong loyalty and attachment, but at the same time it’s a different party.

“The question is, can it be taken back?”

“This is a different type of Labour Party. Can it be taken back? I don’t know.

“There are lots of people associated with me who feel that the Labour party’s lost, that the game’s over. I’m kind of hoping they’re not right.”

Mr Blair also hinted at the emergence of a new “progressive, modern” party.

He said: “I don’t think the British people will tolerate a situation where, for example, the choice at the next election is Boris Johnson versus Jeremy Corbyn.

“But I just don’t believe people will find that, in the country as a whole, an acceptable choice. Something will fill that vacuum.”

The antisemitism row that has dominated Labour over the summer was “bad” because it was “something that I just can’t imagine ever having happened in the Labour Party that I joined”, Mr Blair added.

Mr Blair’s remarks come hours after a Labour MP, who served as a minister during Mr Blair’s premiership, narrowly lost a vote of no confidence by local members.

Joan Ryan, who is also chair of Labour Friends of Israel, said she was defeated by 94 votes to 92 at a meeting on Thursday night.

“It never occurred to me that Trots, Stalinists, Communists and assorted hard left would gave confidence in me. I have none in them,” she tweeted.

Another Labour backbencher, Gavin Shuker, lost a no-confidence vote on the same evening.

Mr Corbyn’s former spokesperson, Matt Zarb-Cousin, said after the latest round: “When are Labour MPs like Joan Ryan going to get with the programme? The party’s changed now and members won’t be talked down to anymore.

“I know you haven’t had to explain yourselves for two decades, but you’re now going to need to learn how to argue a case to win people over.”

Momentum, the Corbyn-supporting campaign group, recently changed its position to favour making it easier for Labour members to oust sitting MPs as candidates in a general election.

Responding to Mr Blair’s interview, Momentum co-founder Jon Lansman tweeted: “Tony Blair was never in the right party and there will never be a return to his politics in Labour.”

Two MPs, John Woodcock and Mr Field, have resigned the Labour whip in parliament over the summer. 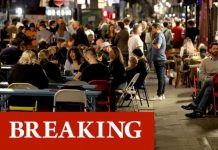