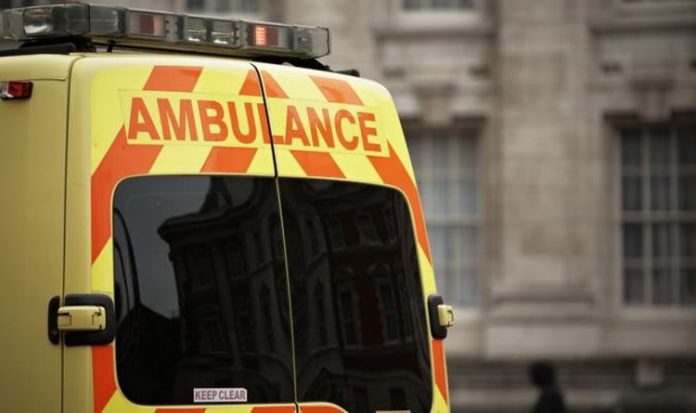 And four in 10 said their mental health has suffered as a result of coronavirus restrictions, with women, younger people and the disabled worst affected. The survey also showed people have severely underestimated the average age of death from Covid. Most believed it was 65 against the actual average of 82.4. Average life expectancy is 81.1 years. The poll of 2,130 adults was carried out by Savanta ComRes for The Conservative Woman blog, between November 6 and 9.

In a comment for this paper David Livermore, a professor of medical microbiology at the University of East Anglia, said: “December 2 must mark the final end of lockdowns. Their harm is too great and their benefit too uncertain. Even the World Health Organization considers them as a last resort.”

Highlighting the promise of a new vaccine, he said: “What to do until then? Should we live in lockdown limbo, hoping to prevent every death? I think not, for it fails to count the terrible cost. We are social animals. If you lock a dog away it chews its paws in desperation and the RSPCA rightly damns you. We aren’t so different.”

Kathy Gyngell, editor of The Conservative Woman, said of the poll findings: “It is horrifying to think the British public have been persuaded to support the Government’s lockdown policy on the basis of such a deep misconception of the risk, especially when it has come at such catastrophic cost to their own well-being and that of wider society.

“The public have been fed a diet of fear and gloomy statistics which has doubtless contributed directly to these misconceptions.”

Alarmingly, 46 per cent of women said they have been unable to access non-Covid healthcare (38 per cent for men). And 29 per cent said their physical health had suffered – the equivalent of 15 million adults.

By a ratio of around 2 to 1, those polled said the Government should focus on protection for key workers and vulnerable groups, instead of nationwide lockdowns.

Meanwhile, 38 per cent said scientists have “significantly” overestimated Covid deaths in their modelling. And 59 per cent said they would accept a vaccination, while 17 per cent would not.

Professor Paul Hunter, a leading expert in public health from the University of East Anglia, said he did not believe all the latest lockdown measures were needed.

He said cases were already falling before the second lockdown began, but he also warned some restrictions would be required to keep infections down and added that even with a fully working vaccine there was a long road ahead.

He said: “It has been suggested we will be getting back to normal by spring as a result of this vaccine, but that will not happen.

“Even with the best vaccine logistics we will not be vaccinating most people and many people will refuse to have it. There will have to be a continuation of some measures and conversations about how we continue to protect people.”

However, he added: “I am not totally convinced the current lockdown was necessary given the information we have.

“As we come into spring when transmission is less strong, we should be able to relax more and more measures and can start to dismantle the lockdown.”

Yesterday Professor Susan Michie, from the Government’s Sage advisory group, urged the public to resist breaking the current rules, so we could “be in a position” to spend the festive period with our loved ones.