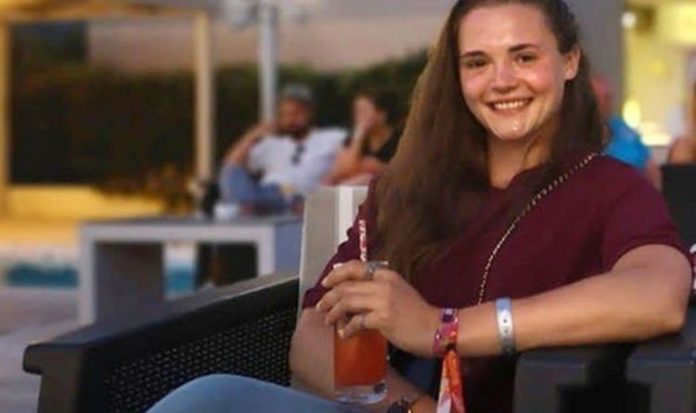 Saskia was fatally stabbed by convicted terrorist Usman Khan during a prisoner rehabilitation event on November 29 last year. Her grieving mother Michelle said: “Today it will be a year since Saskia lost her life at the Learning Together event in London. “We have no doubt it would be Saskia’s wish to concentrate on the positives and continue with her efforts to make a change in the world.

“We will be working with the Government to take into account the dissertation research Saskia carried out with Rape Crisis, Cambridge as part of their ­ongoing rape review.

“Once this work is completed, we will find a way of publicly ­recognising Saskia’s contribution in the work that flows from it.”

Saskia, 23, died alongside Jack Merritt, 25, at the event organised by the University of Cambridge’s Learning Together programme, on which he was a course co-ordinator and she a volunteer.

Ruth Armstrong and Amy Ludlow, co-directors of Learning Together, said: “We grieve especially for the loss of inspirational colleague Jack, and our brilliant alumna Saskia.

“Their families and friends are uppermost in our hearts and minds.”

Learning Together brings offenders and people in higher education together to study ­alongside each other.

Khan, 28, was out on licence when he attended the event armed with two kitchen knives and wearing a fake suicide vest.

He was tackled by members of the public before he was shot dead by police on London Bridge.