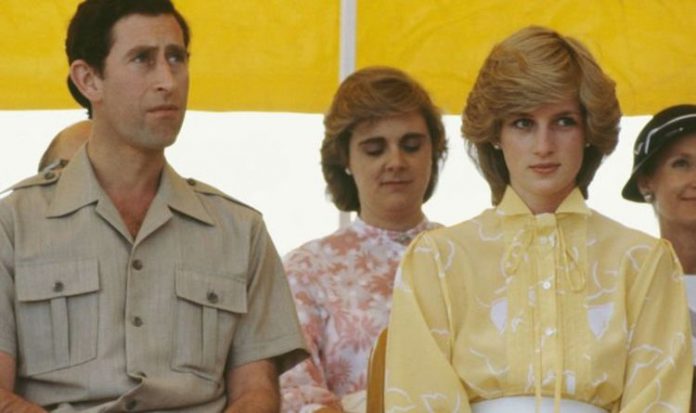 Princess Diana and Prince Charles, 72, carried out a royal tour of Australia less than two years after their royal wedding. Prince William was a baby at the time and despite still being in the early years of marriage, cracks in Charles and Diana’s relationship were already beginning to show. The royal tour was important as it came at a time where Republican sentiment was on the rise in Australia.

The iconic trip played a key role in cementing Diana’s status as a global celebrity while Charles remained somewhat in the shadows, according to those present at the time.

The Crown is known to take artistic license with storylines but loosely hangs the drama on facts and in its depiction of the Australia tour, Prince Charles is portrayed as being frustrated at his increasingly popular yet fragile wife.

Another scene depicts an apparently lighter moment between the royal couple as they delighted guests by dancing for them at a gala in Sydney.

READ MORE: Royals ‘kicking themselves’ for not consulting Netflix on The Crown

Her father was a high-ranking Australian official at the time of the tour and her mother Lady Joel recalls meeting Charles and Diana.

According to Ms Joel, her mother felt Charles seemed “jealous” of his wife.

Asked why she thought he looked like that, Lady Joel said: “Well, I suppose he wasn’t used to sharing the limelight.”

While Prince Charles and Diana’s dance at the Wentworth Hotel gala is depicted as a romantic moment in the Crown, a body language expert has claimed otherwise.

Analysing photos from the evening body language expert Judi James told Express.co.uk: “This iconic dance between Charles and Diana during their tour of Australia appears to show the couple looking openly happy and in love.

“But the underlying signals suggest ongoing tension even during this rare moment of physical togetherness and fun.”

Judi added: “Diana was an excellent dancer but the way Charles clamped one arm around her waist and dominated the dance, spinning her around fast enough to make her giddy, left her clutching her chest with one hand at the end to signal a sense of shock and discomfort.”