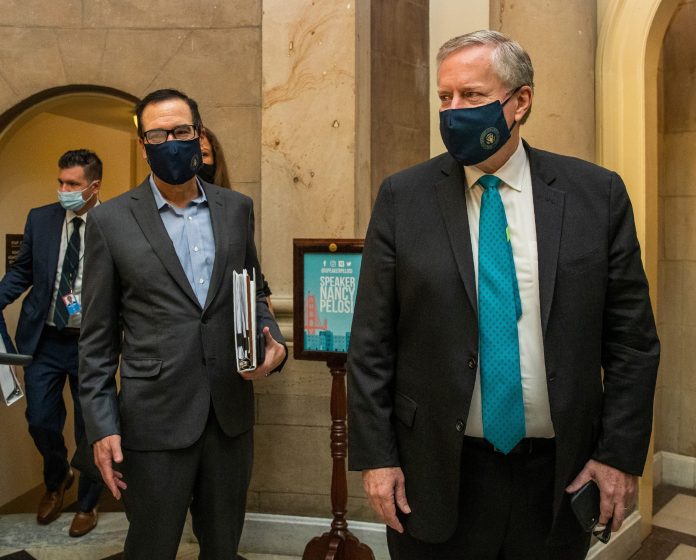 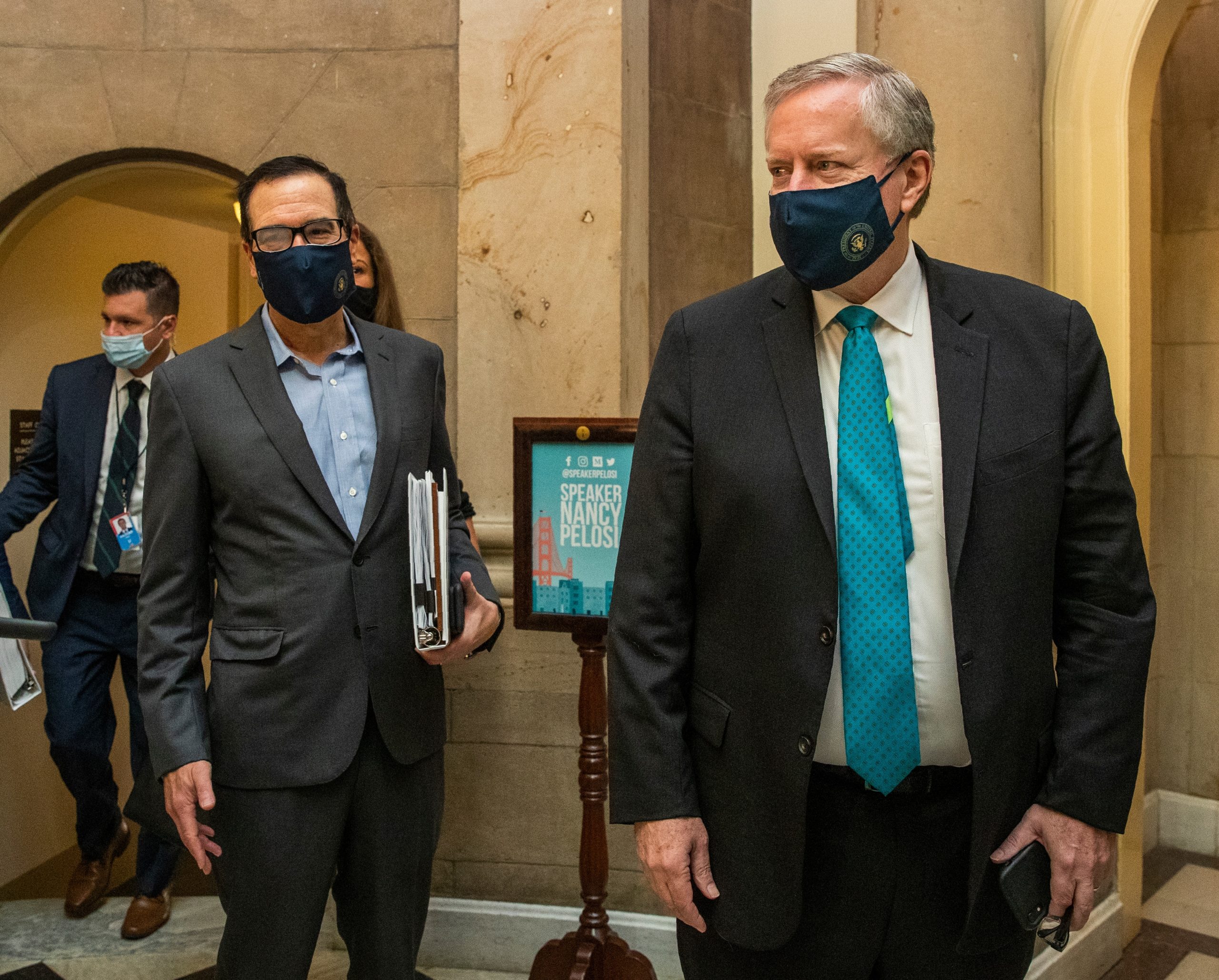 “This was the longest meeting we had and it was more productive than the other meetings,” said Senate Minority Leader Chuck Schumer, D-N.Y. “We’re not close yet, but it was a productive discussion — now each side knows where they’re at.”

The Democratic duo is eager for an expansive agreement, as are President Donald Trump and top Republicans like Senate Majority Leader Mitch McConnell of Kentucky. But perhaps one-half of Senate Republicans, mostly conservatives and those not facing difficult races this fall, are likely to oppose any deal.

Prior talks yielded little progress. The administration is willing to extend the $600 jobless benefit, at least in the short term, but is balking at other Democratic demands like aid for state and local governments, food stamp increases, and assistance to renters and homeowners.

Pelosi mentioned food aid and funding for voting by mail after the negotiating session was over. She and Schumer appeared more upbeat than they have after earlier meetings.

“We have to get rid of this virus so that we can open our economy, safely open our schools, and to do so in a way that does not give a cut in benefits to American workers,“ Pelosi said.

“We’re still a long ways apart and I don’t want to suggest that a deal is imminent, because it is not,“ Meadows said afterward. “There are still substantial differences, but we did make good progress.”

The additional jobless benefit officially lapsed Friday, and Democrats have made clear that they will not extend it without securing other relief priorities. Whatever unemployment aid negotiators agree on will be made retroactive — but antiquated state systems are likely to take weeks to restore the benefits.

Republicans in the Senate had been fighting to trim the $600 benefit, saying it must be slashed so that people don’t make more in unemployment than they would if they returned to work. But their resolve weakened as the benefit expired, and Trump abruptly undercut their position by signaling he wants to keep the full $600 for now.

On Friday, Trump used Twitter to explicitly endorse extending the $600 payment and to criticize Schumer.

Washington’s top power players agree that Congress must pass further relief in the coming days and weeks. At stake beyond the $600-per-week jobless benefit is a fresh $1,200 direct payment to most Americans, and hundreds of billions of dollars in other aid to states, businesses and the poor, among other elements.

Democrats hold a strong negotiating hand — exploiting GOP divisions — and they are expected to deliver a necessary trove of votes.

The COVID package will be the fifth legislative response to the pandemic and could well be the last one before the November election. The only other must-pass legislation on the agenda is a stopgap spending measure that should advance in September.

Since May, Republicans controlling the Senate had kept the relief negotiations on pause, in a strategy aimed at reducing its price tag. But as the pandemic surged back over the summer — and as fractures inside the GOP have eroded the party’s negotiating position — Republicans displayed some greater flexibility.

Even with signs of progress in the talks, the list of items to negotiate remains daunting.

Democrats, for example, are pressing hard for a boost in food stamp benefits. Republicans added $20 billion for agribusinesses but nothing for greater food stamp benefits in their $1 trillion proposal. Meadows played a role in killing an increase in food aid during talks on the $2 trillion relief bill in March.

“Traditionally we’ve had a partnership between farms and families, and they’ve consistently broken that,” said Senator Debbie Stabenow of Michigan, the top Democrat on the Senate Agriculture Committee.