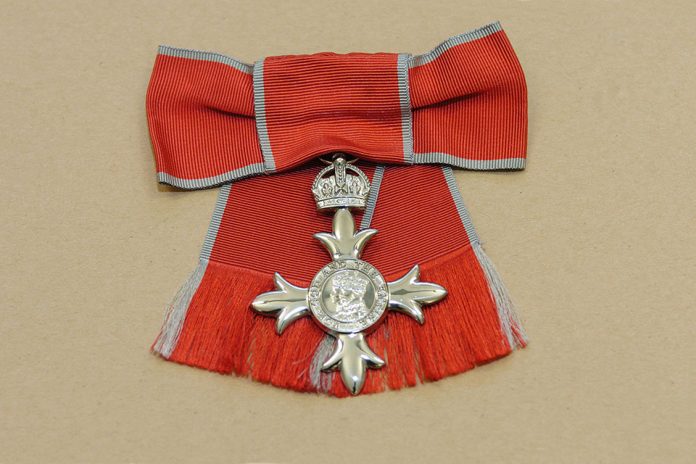 Among those receiving awards this year is Formula One Driver Lewis Hamilton and cinematographer Roger Deakins, both of whom receive Knighthoods for their respective services to motorsport and film.

A number of honours this year recognise outstanding contributions overseas and internationally during the COVID-19 response, such as British Empire Medals awarded to Richard Barrow, a travel blogger in Thailand, David Cartwright, Managing Director of ATI Travel in Namibia and Nicholas Woolf, a volunteer paramedic in Vanuatu. All are recognised for their support to British nationals overseas.

Sir Philip Barton, Permanent Under-Secretary at the Foreign, Commonwealth and Development Office and Head of the Diplomatic Service, said:

I congratulate everyone receiving an honour and thank them for their dedication and years of service.

The UK’s impact around the world depends on exceptional people like those recognised in this year’s Queen’s New Year Honours. We are grateful for their outstanding contribution.

Founder and Chairman of the British charity Barry & Martin’s Trust, receives a CBE for services to people living with HIV and AIDS in China.

Martin Gordon is recognised for an exceptional contribution to supporting people living with HIV and AIDS in China and the positive impact that his work has had on UK/China relations.

Martin was awarded an OBE in 1994 for a lifetime of services to banking and finance. He then embarked on a second career of charitable service when he established the Barry & Martin’s Trust in 1996 in memory of his late partner Barry Chan, with the aim of building cooperation between the UK and China on HIV AIDS education, prevention, treatment and care.

Following Barry’s death from AIDS at the Chelsea & Westminster Hospital, Martin wrote to the head of the unit to propose cooperation between the UK and China. This would be the start of over 20 years of dedicated work to improve care, bring about attitudinal change, and have the UK recognised as partner of choice in HIV and AIDS care as China embarked on a new phase of development.

On learning of his award, Martin Gordon said:

This award will be deeply felt by the doctors, nurses and HIV-positive volunteers who have worked with us in every province of China. It also recognises doctors and nurses from English and Scottish hospitals, who have helped with training in the UK and in China – an imperishable bond between our countries”.

Elizabeth (Liz) Hughes is recognised for her exceptional contribution to humanitarian crisis operations. She has transformed the UK charity MapAction into a globally influential organisation.

MapAction is known for its technical excellence and value in providing real-time, critical mapping information for those responding to humanitarian crises. Under her leadership, the charity has not only expanded its deployment of professional volunteers to a growing number of world crises, but has also delivered an innovative programme, assisting many vulnerable countries to prepare for emergencies.

Liz has been an outstanding ambassador for the charity and the UK, personally developing relationships and partnerships with humanitarian organisations in Asia and the Pacific, Africa and the Caribbean, and winning funding support from the US, EU and European countries.

On learning of her award, Liz Hughes said:

It is an honour to receive this award, a leader is only as good as her team, so I receive it in honour of them and the recognition of their work for MapAction.

Founder and President of the Lost Food Project, receives an MBE for services to supporting disadvantaged communities in Malaysia.

Suzanne Mooney is recognised for her outstanding contribution to support disadvantaged communities in Malaysia through her work as the founder and former President of the pioneering charity The Lost Food Project (TLFP).

In April 2016, soon after arriving in Malaysia, Suzanne created and launched the TFLP, the first professional foodbank in the country. The project collects high quality surplus food from distributors, supermarkets and manufacturers and re-distributes it to over 70 local charities.

It is estimated that approximately 17,000 tonnes of food waste is thrown away in Malaysia every day. This ends up in landfill significantly increasing the level of greenhouse gases harming the environment. Seeing this opportunity, in their first four years, TLFP have provided nearly five million meals to those most in need including orphans, the elderly, refugees, women who have experienced abuse and single mothers.

Suzanne has exhibited tireless leadership of the project from its inception, managing and guiding its development and growth. Her work, and the efforts of her volunteer team, helped thousands of people in need and is changing the conversation about food waste and sustainability in Malaysia. Her success and dedication has made her a prominent ambassador for UK/Malaysia relations.

On learning on her award, Suzanne Mooney said:

I feel very honoured and privileged to work with an amazing team who care passionately about sustainability. The food supply chain is inefficient and generates a huge volume of surplus. By rescuing and redistributing ‘lost food’, we can help those most in need and significantly reduce the environmental damage caused by food disposal.

Barry Hamilton is recognised for his outstanding contribution to support a community of approximately 4,000 British nationals living in Mazarron, Spain.

Leading the local charity FAST, Mr Hamilton has helped the organisation to provide the community which is a long way from health centres and hospitals, with support when there are medical emergencies. This essential service, and the strong links developed with other charities, has improved the lives of the local community. Mr Hamilton becomes a rare recipient of two British Empire Medals, having previously been awarded a medal in the military division in 1990 for his service in the Army.

On learning of his award, Barry Hamilton said:

I am greatly honoured and humbled to receive an award from the Queen in the New Years Honour’s List. Since leaving a long military career it has been my intention to help and assist the expat community using skills developed in the British Forces.

Having been previously honoured by the Queen during my military service it is unbelievable to be awarded again. I would like to thank my wife Annie, family, friends, Gordon Clive VP FAST and all FAST members for their support and assistance, this honour really belongs to them.