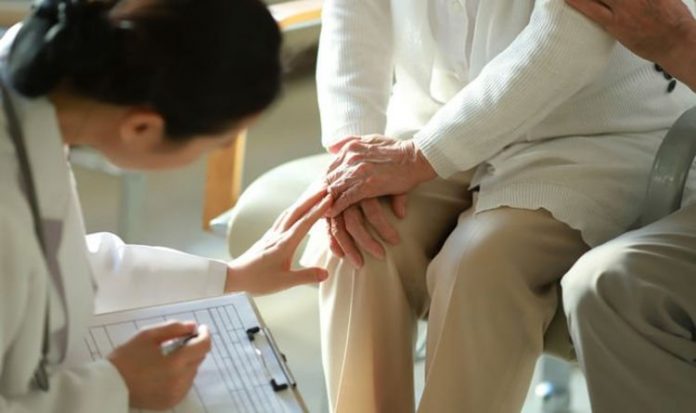 The blistering attack was directed at the long-awaited report from the NHS watchdog into the injustice suffered by pensioners who are being charged huge sums for NHS treatment. Rob Behrens, the Parliamentary and Health Service Ombudsman (PHSO) and chair of the organisation, released research critical of the Government and its NHS Continuing Healthcare system. More than 175,000 patients were referred last year for NHS continuing healthcare (CHC) funding, typically around £1,000 a week and paid to those with complex, severe or unpredictable health needs. But 36 percent of them were not deemed ill enough to qualify.

The ombudsman found failings in over a third of 150 cases it probed from April 2018 to July this year, meaning thousands may have been wrongly rejected.

Experts say it is often unclear how decisions are made and the damning study found some pensioners have had to sell their homes to pay up to £250,000 for treatment supposed to be free.

And “incorrect and delayed” decisions are having a “devastating impact on people’s lives”, leaving some without essential care.

But retired Rear Admiral Philip Mathias, who is campaigning for a Judicial Review to radically reform the system, said: “It is my view…that this organisation [PHSO] has largely been ineffective over the last few years in helping to expose and rectify one of the biggest public scandals of modern times.

“I certainly do not agree with Mr Behrens’ statement that his organisation has been ‘instrumental in achieving improvements in the structure and processes of Continuing Healthcare’. For many reasons I would argue quite the reverse.”

The former submariner, who was in charge of Britain’s nuclear defences at the Ministry of Defence before he retired, fought a long battle to get a £200,000 refund from the NHS after it charged his elderly mother Joy for health care.

He said: “Why has it been 13 years since the previous ombudsman’s report on CHC, during which time there has been extensive criticism from expert bodies about the failing, dysfunctional and unlawful CHC process?”

He claimed, with Mr Behrens aware of his legal challenge, the release of the report was an effort to safeguard PHSO.

He said only a tiny proportion of thousands of cases are reviewed by the Ombudsman, “and even then the success rate is very low”.

The Daily Express has been campaigning for the Government to fix the social care crisis urgently, in particular for dementia sufferers.

READ  Vaccination centres near me: Where can I get a Covid vaccine? | UK | News (Reports)

More than 1,000 seriously ill patients are being stripped of CHC funding every year.

A spokesperson for PHSO said it “has been instrumental in improving the structure and processes of NHS continuing healthcare.

In the past three years, we have secured hundreds of thousands of pounds in payments for complainants”.

An NHS spokesman said: “The NHS will look at the recommendations together with local health groups and the Government, who set the guidance on eligibility.”