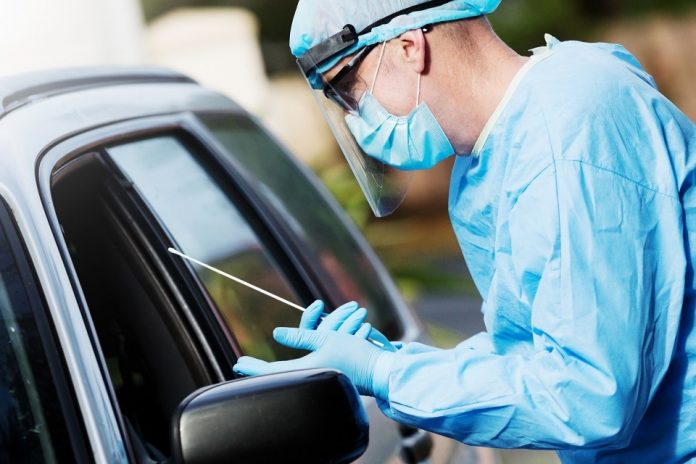 The weekly statistics from the 14th week of NHS Test and Trace show in the most recent week of operations (27 August to 2 September):

Statistics from the 14th week of operation of NHS Test and Trace show that since the service launched:

NHS Test and Trace is working and every week we consistently reach the majority of people testing positive and their contacts. We have now reached almost 360,000 people who may be at risk of unknowingly passing on the virus, helping to curb its spread.

We are doing more testing for the British public than other comparable European countries and we are adding thousands more tests a day. The figures show we have seen a significant increase in the demand for tests, but given the concerning rise in cases over the last couple of days, it is still vital for anybody who has symptoms to book a test and follow the advice you receive if you are contacted by NHS Test and Trace.

New booking slots and home testing kits are made available daily and please remember to protect yourself, loved ones and the public by washing your hands, covering your face and making space. And for those who don’t have symptoms or haven’t been told they must have a test, we would please ask you to reconsider as it might could be taking a test away from someone who really needs it.

Creating a mass testing programme from scratch, which has carried out more than 16 million tests, is helping us get back to a more normal way of life. Alongside the NHS Test and Trace service, the government is aware that some employers want to introduce their own internal testing programmes.

High-quality testing provides confidence and clarity. The government has today published guidance for employers and third-party healthcare providers around voluntary testing in the workplace. This is to ensure all new private testing programmes are as reliable and effective as possible, and developed in accordance with legal obligations and best practice. The guidance makes clear that employers must not advise individuals without symptoms to get a test through NHS Test and Trace, but may offer alternative private provision in accordance with the guidance.

All positive results must be reported to Public Health England (PHE), so that they are automatically passed to the NHS Test and Trace service to trace contacts and prevent further transmission.

Today we are also updating guidance to make it clear you should only get a free NHS test if you have coronavirus symptoms or have been asked to get a test.

We are increasing the number of testing sites to 500 by the end of October. We have more than 400 in operation, added 19 last week and expect 17 more this week.

We have increased the number of local or walk-in test sites to over 70 with further opening each week.

As part of the drive towards a target of 500,000-a-day testing UK capacity by the end of October the government has announced the addition of new Lighthouse laboratories in Newport and near Loughborough to the national lab network and work is ongoing to expand this even further in the coming months.

Testing per capita: Reporting methodologies vary, but data suggests the UK is testing at a higher rate per capita than countries of comparable size, including Germany and Spain. Currently, for every 1,000 people, the UK tests 2.54 people each day, whereas Germany tests 1.88 and Spain tests 1.91

Tests in the UK are carried out through a number of different routes: