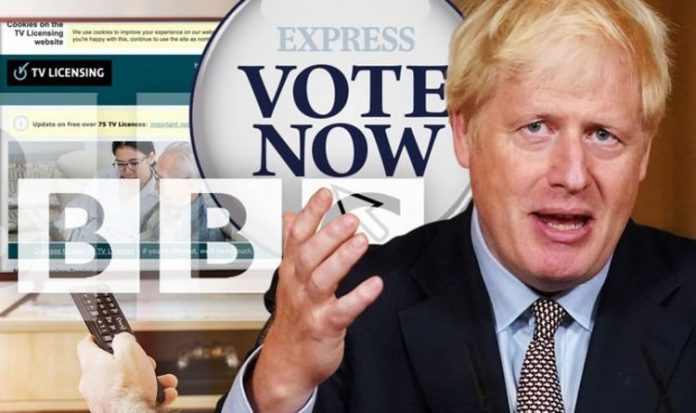 Julian Knight, MP for Solihull, has said he would welcome the decriminalisation of the BBC TV licence fee, as he strongly believes people should not be prosecuted for refusing to pay the £157.50 annual levy. He said the current policy is out-dated and should be adapted to the needs of modern society.

Mr Knight, who is chair of the Digital, Culture, Media, and Sport Select Committee, made the comments during a panel discussion titled ‘New Vision? The Future of the BBC’ on Wednesday.

He said it is imperative the corporation stops criminalising people for non-payment.

The MP said: “I just don’t think it is correct to criminalise large numbers of people for not paying a licence fee.

“I think that frankly it goes counter-cultural in that time that we are.”

He added: “I think criminalisation of TV licence fees is massively overdue of getting rid of.”

Instead, Mr Knight suggested higher civil penalties should be introduced and the BBC should explain why the licence is needed.

He said: “The BBC ought to make a case stronger for why people should pay the licence fee, rather than just relying on the courts.”

During the panel discussion, which was held via Zoom, he said the current law is an “efficient and sensible” way of ensuring people pay.

Mr Gibb said: “I’m not sure whether decriminalisation is actually the way forward.”

Boris Johnson is due to publish a review into sanctions for non-payment of the annual charge shortly.

The Government announced a consultation in February on decriminalisation of the licence fee – which could see those who fail to pay slapped with civil penalties.

Ministers are expected to publish the results later this month.

If non-payment of the licence fee is replaced with a civil penalty, then private bailiffs could be brought in to collect fines.