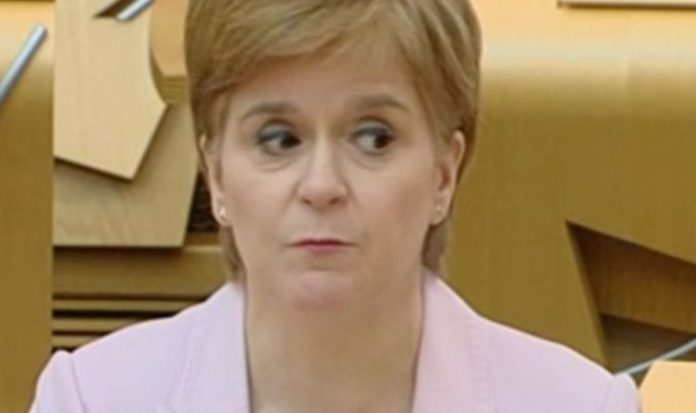 Nicola Sturgeon said public health officials in Scotland recorded 77 news cases across the nation within the past 24 hours. The increase of coronavirus infections marks the highest number reported in a single day in the past three months. Speaking during the Scottish Government’s daily briefing, Ms Sturgeon said 19,534 people have tested positive for the virus in Scotland, up by 77 from 19,457 the day before.

Ms Sturgeon said: “Since yesterday, an additional 77 cases of COVID have been confirmed.

“That represents one percent of those newly tested yesterday and takes the total number now to 19,534.

“This is the highest number of new cases in almost three months, which underlines the need for continued caution.

“A total of 249 patients are currently in hospital with confirmed COVID, which is an increase of one since yesterday and two people are in intensive care, which is the same as yesterday.”

The First Minister also warned estimates suggest the R rate – which measures the number of people one person carrying the virus could infect – “could currently be above one.”

Ms Sturgeon said Scottish authorities have been dealing with a “significant cluster in Coupar Angus” connected to an outbreak at the Two Sisters food plant.

The First Minister said officials were “considering carefully and urgently whether further restrictions are necessary.

The SNP leader also confirmed Scotland will not be moving into phase 3 of easing lockdown restrictions for at least another three weeks.