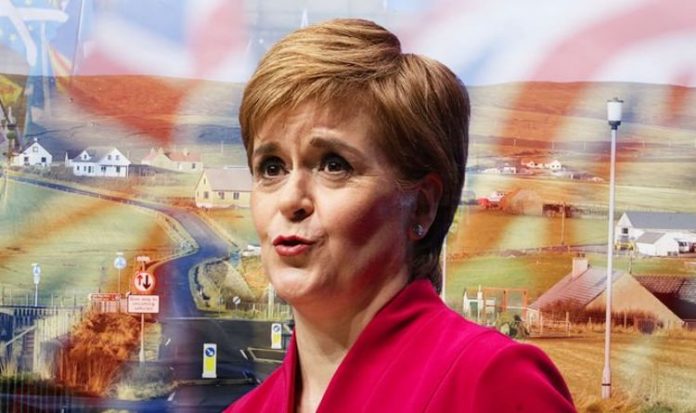 Scottish First Minister Nicola Sturgeon has said her government will propose the timescale and question for a second referendum on Scottish independence by next spring. Ms Sturgeon claimed challenges of the coronavirus pandemic will act as an accelerant rather than as a brake on the Scottish National Party (SNP)’s ambitions. She promised that by next spring she will publish a draft bill for an independence referendum, which will set out “clearly and unambiguously to the people of Scotland” both the question to be asked and the timing of the vote.

The question will be subject to appropriate testing by the Electoral Commission, and the timescale will be “within the next term of parliament”, which lasts until 2026, and also “taking account of the development of the Covid-19 pandemic at the time of publication”.

She added that at next May’s Holyrood elections – in which the SNP are already predicted to win a majority as support for independence continues to rise – her party will make the case for Scotland to become “an independent country, and seek a clear endorsement of Scotland’s right to choose our own future”.

It is no secret that the Scots feel like they are a “second-class country” where Westminster overlords decide on everything from their finance to defence policies.

Ms Sturgeon has often complained about how Scotland “always” votes one way in UK general elections but gets the opposite result.

During the 2019 general election campaign, the First Minister said: “Scotland hasn’t voted for a Conservative Westminster government for 60 years, but for 36 of those years we’ve had to put up with a Tory government.

“And now we face being dragged out of Europe against our will.”

The same thing would happen in Holyrood if Scotland leaves the Union, though; meaning Ms Sturgeon might soon get a taste of her own medicine.

For example, the Shetland Islands could vote for the Liberal Democrats but be ruled by the SNP.

Since the creation of the Scottish Parliament in 1999, Shetland has been represented by the Scottish Liberal Democrats; first by Tavish Scott and then by Beatrice Wishart.

Should a referendum happen then, the chances of the Shetland Islands looking for independence could also increase.

In September, the Shetland Islands Council voted overwhelmingly in favour of looking into ways of obtaining financial and political independence from Scotland.

Councillors voted 18 to two in favour of the motion seeking “financial and political self-determination”.

Funding cuts and centralised decision-making by the Scottish National Party (SNP) were argued as reasons to explore independence.

Steven Coutts, the council leader, said “the status quo is not working” as “devolution and the Islands Act have not made any tangible difference to the quality of life”.

He added that the Scottish Parliament also feels “remote” to Shetland, which has a population of 23,000.

Plans intend to look into the option of Shetland being governed as a Crown Dependency, similar to Jersey and the Isle of Man, rather than becoming an independent nation.

In an exclusive interview with Express.co.uk, Ronald MacDonald, research professor of macroeconomics and international finance at Glasgow University’s Adam Smith Business School, claimed that their bid for independence would complicate things for the Scottish First Minister.

If independence was obtained, the Shetland Islands would be able to retain the revenue from oil in their waters, negatively impacting Scotland’s finances.

However, Mr MacDonald noted that the economic consequences would not be the most crucial issue.

“It is going to continue to be less important going forward.

“It is more what it signals rather than the economics of it.

“It would signal to other parts of Scotland that if they don’t vote for Scottish independence, maybe they could be separate and enclosed within Scotland.

“Areas from the border to the North East may not want Scottish independence.”

Mr MacDonald added: “It could be a very important national sovereignty issue.”

Any move for Shetland to become self-determining would need to be supported by an island-wide referendum.