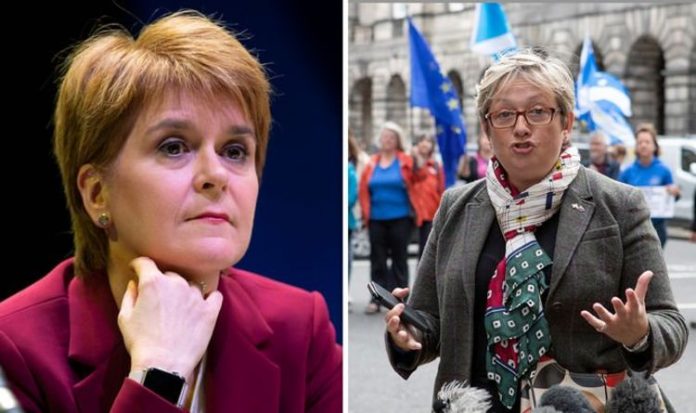 Joanna Cherry QC, one of the Scottish National Party (SNP)’s most high-profile MPs, has been removed from a top post at Westminster. Ms Cherry’s dismissal from the SNP’s front bench team in the Commons was confirmed in a statement from the party’s Westminster leader, Ian Blackford, announcing a reshuffle of his team. However, he made no mention of her removal, prompting Ms Cherry, whose political victories have included teaming up with businesswoman Gina Miller to overturn Prime Minister Boris Johnson’s suspension of Parliament in the Supreme Court in September 2019, to break the news herself.

The MP for Edinburgh South West wrote on Twitter: “Despite hard work, results and a strong reputation I’ve been sacked today from the SNP’s front bench.

“My constituents and fellow party members who gave me a resounding mandate in recent NEC [the SNP’s national executive committee] elections should rest assured that I will continue to work hard for them.”

READ  Are dentists open during lockdown, can I see a dentist? | UK | News (Reports)

Allies of Ms Cherry reacted angrily to her removal, claiming she had been sacked because she is seen as being close to Alex Salmond and potential successor to Ms Sturgeon.

In 2019, Ms Cherry did say she would have liked to play a “leadership role” in an independent Scotland.

In a wide-ranging interview with Holyrood magazine, Ms Cherry also criticised a “minority” of SNP activists who support plans to reform the Gender Recognition Act (GRA), accusing them of trying to “shut down” debate by dubbing some feminists “transphobes” for “sticking up for women”.

Asked about her leadership ambitions, Ms Cherry said: “I’d love to play a leadership role in a future independent Scotland, but leadership doesn’t necessarily mean being the leader of the party or being the First Minister.”

She added: “There’s lots of leadership roles, and I want to play my part, but no woman should ever write herself off as a potential leader.

“I’ve worked very hard in my role and I know I’ve got quite a big public profile now and I’m popular with the party membership, but there isn’t a vacancy for an SNP leader.

“We have a very strong and effective leader and there’s no vacancy.”

The MP also claimed speculation she would challenge Ms Sturgeon for the leadership was “a set-up by journalists”.

“This is the leadership’s call but many of us find this inexplicable and harmful to our cause.”

He tweeted: “Disappointed that Joanna Cherry is off the Westminster front bench. However, she’s still on the front bench for independence. Eye on the prize.”

One SNP parliamentarian told The National he believed Mr Blackford had carried out the sacking with the approval of the First Minister.

The insider said: “It’s been well known that Jo and Nicola have not been getting on well for a long time.

“Ian Blackford was the willing stooge to wield the knife.

“There is no way this would have happened without Nicola Sturgeon. Not a chance.”