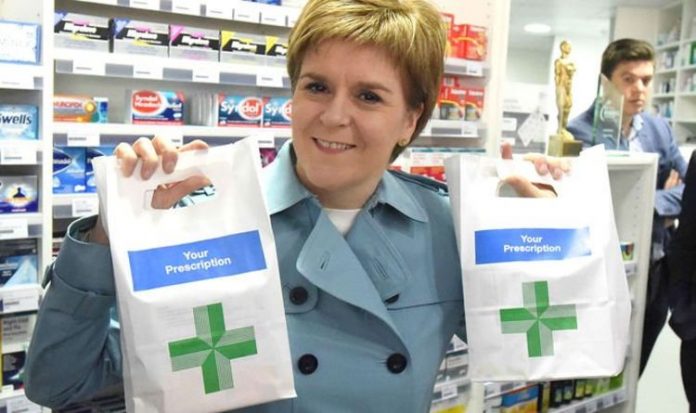 The Scottish First Minister’s handling of the coronavirus crisis has won over swathes of Labour and Tory voters, according to a new poll. A survey conducted by Savanta ComRes showed Ms Sturgeon’s personal ratings are up, with 76 percent of voters believing her to be intelligent – an increase of three points. 74 percent of respondents said she is a strong leader, also up three points, and 57 percent believe she is genuine, up two points.

More than a third of 2019 Labour voters said the SNP’s response to the pandemic means they are now more likely to vote for the party in the Scottish Parliament election in May, with 13 percent of 2019 Tory voters saying the same thing.

Meanwhile, a majority of Scots continue to support Scottish independence, with the latest survey putting support for ‘Yes’ at 57 percent and ‘No’ at 43 percent.

Ms Sturgeon has recently revealed she wants to hold a second referendum on independence in the early part of the next Scottish parliamentary term.

In an exclusive interview with Express.co.uk, though, Economics Professor at Edinburgh Napier University Piotr Jaworski warned many people in Scotland will end up regretting voting for independence.

Moreover, because of the state of its economy, the Professor argued it is very unlikely Brussels will allow an independent Scotland to join its bloc.

“We don’t even have money to invest in the buses…”

The SNP have not yet commented on whether free prescriptions will have to be scrapped if Scotland goes independent.

However, in a report published by the Scottish government during the 2014 independence referendum, Alex Neil, then Cabinet Secretary for Health, wrote: “In Scotland’s NHS, staffing decisions are made by Health Boards in line with their own local needs and circumstances.

“This will continue to be the case on independence.

“Under the current Scottish Government, NHS staffing has increased by 5 percent overall and by 1.5 percent in the last year.

“There are now over 1,000 extra qualified nurses and midwives and over 1,500 more doctors working in our health service.”