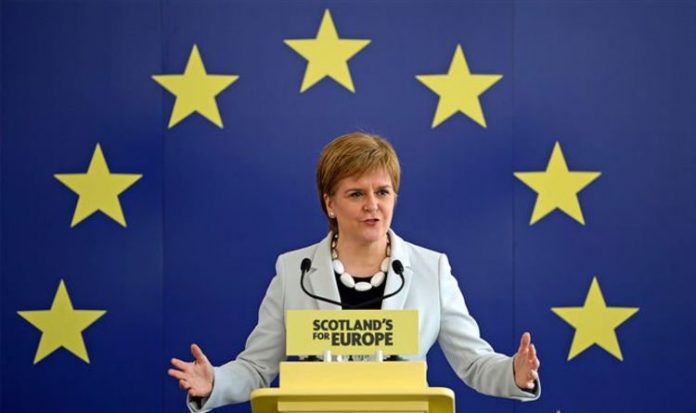 Ever since the EU referendum in 2016, the SNP have argued for a second independence vote so that an independent Scotland could apply to return to the EU. Ms Sturgeon has cited the 62 percent vote in favour of Remain in Scotland to bolster the argument. While countries like Spain have shunned Scotland in the past, public law expert Professor Aileen McHarg highlights how it could be easy for an independent Scotland to rejoin now.

She told Express.co.uk: “Any barriers for Scotland in joining the EU are political rather than legal, because any candidate to join the EU has to abide by the terms set.

In 2018 there was a row between Holyrood and Westminster over the UK Withdrawal from the European Union (Legal Continuity) (Scotland) Bill – known simply as the Scottish Continuity Bill.

The bill aimed to empower Scottish ministers to make amendments that would enable Scottish law to be aligned with EU law after the end of the Brexit transition period.

However, while the case was in the Supreme Court the EU Withdrawal Act was enacted drastically changing Holyrood’s legislative powers, and scuppering their plans.

In June, a second continuity bill was introduced at Holyrood by Scottish ministers as they continue to fight the issue.

Scotland may have seen push back from the EU in previous years, but the tide appears to have shifted since the UK’s Brexit vote.

READ MORE: Nicola Sturgeon to insist Indyref2 will be FINAL

It explains: “Scotland was previously part of the European Union for nearly five decades.

“On that basis alone, the Scottish economy is manifestly capable of forming part of the Union economy and responding sufficiently to its associated demands and forces.

“The Republic will therefore be in an extremely strong position to satisfy the economic criteria of the Copenhagen criteria.”

But it also adds any membership to the EU is likely to spark a border between England and Scotland.