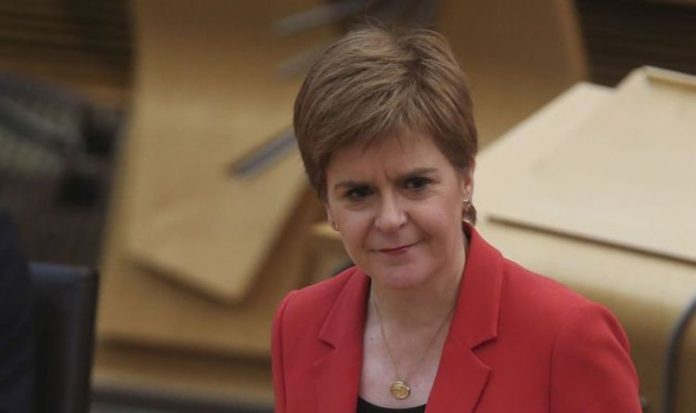 Ms Sturgeon said she would prefer to be “on the side of caution” with coronavirus testing, even if it meant more false positives. PHE however told English labs to set a threshold for the amount of viral load in a test before considering a positive result accurate. It comes after cases in the UK have started rising to levels last seen at the height of the pandemic.

The First Minister stated Scottish health authorities will treat each positive test as its own case.

Ms Sturgeon said: “When it comes to contact tracing, I guess my view as a politician is that we should still err a bit on the side of caution, rather than the opposite, so that we’re catching as many people as we possibly can.”

But PHE issued new guidance to England saying positive results over a certain level of viral threshold, or the “limit of detection”, should be tested again before contact tracing begins.

The health body said: “It is necessary to strike a balance between the risk of false positive test results and an acceptable level of delay in test turnaround time.”

Some suggested the rise is partially due to positive tests regardless of whether the person is infectious.

The PCR test used to detect coronavirus in the UK can read “dead” viral remnants as a sign of infection.

Low levels of viral remnants could suggest the person has recovered from the virus, but also indicates pre-symptoamtic cases.

On Tuesday, coronavirus cases in the UK rose by 2,420, with Scotland seeing a rise of 176.

In total, since the start of the pandemic the UK has seen more than 353,000 cases of coronavirus, with Scotland seeing 21,543.

But Tuesday showed three more deaths nationwide from the virus, with none in Scotland.

Hospital admissions for Tuesday also showed 757 patients nationwide in hospital for the virus, and 77 in ventilator beds.

Ms Sturgeon has also been attacked recently for stepping back from her comments on another Scottish independence referendum.

Last week, the First Minister announced a new bill outlining the proposed terms and timings of a new independence referendum will be put to the Scottish Parliament ahead of the Holyrood elections next year.

But on Tuesday, she insisted handling coronavirus in Scotland was her “priority”.

She added: “Genuinely, my focus right now is in tackling COVID and that will remain the case for as long as we’re in this situation.”