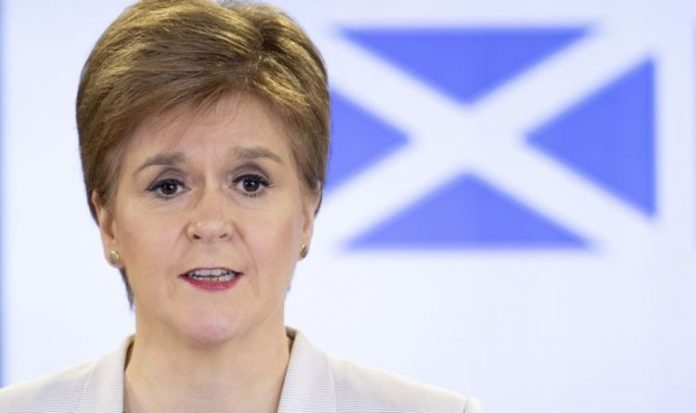 Former Chief Whip Andrew Mitchell argued that it would be more difficult to deny Scotland a second independence referendum if Nicola Sturgeon and the SNP gained more support. However, while on Newsnight with Kirsty Wark, he claimed the Scottish people needed to be made aware of the consequences of independence before casting a vote. He insisted the details regarding Scotland’s financial plan would be a key area that would need to be discussed.

“Nicola Sturgeon said on Tuesday that Brexit immeasurably strengthens the case for independence. Is she right?”

Mr Mitchell replied: “I think the case for independence in Scotland has clearly grown in the last year, there is no doubt about that.”

Mr Mitchell then highlighted the greatest issue with a possible referendum and independent Scotland.

He said: “But the problem with an independent referendum again, if we are pushed towards that next year, is that no one knows what the result of independence would be.

“It is clearly in everyone’s interest that before another vote takes place, people should know what the effect of independence would be.

“They need to know what the cost would be and what the fiscal arrangements would be.”

Ms Wark then questioned whether Nicola Sturgeon is winning the argument for independence or rather Boris Johnson is losing the case for the union.

She said: “COVID has presented us with significant challenges but these challenges are being compounded completely unnecessarily by Brexit.

“The UK Government’s decision to not seek an extension to the transition period despite the economic problems caused by COVID will cause avoidable harm to many Scottish businesses.

“It is an act of self-sabotage that we simply do not understand but must nevertheless respond to.

“Brexit and the way in which Brexit is being implemented immeasurably strengthens the case for Scotland becoming an independent country with the ability to shape our own destiny.”