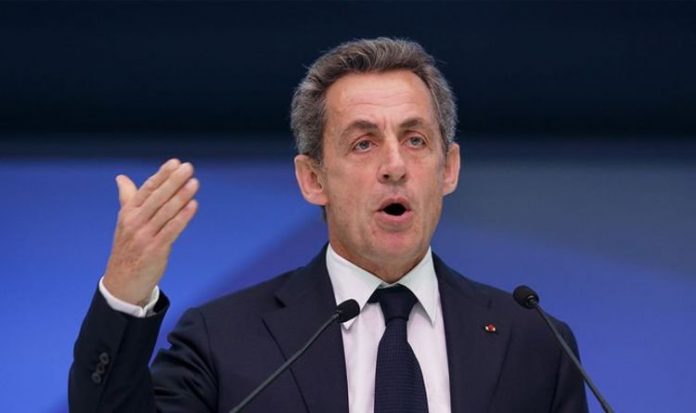 The former French President was sentenced to three years jail with two of those suspended after being found guilty of corruption and influence peddling. He was found to have played an “active role” in forging a “corruption pact” with his lawyer and a senior magistrate in order to obtain information relating to an investigation into political donations. The judge said there was “serious and concurring evidence” of collaboration between the three men to break the law. Mr Sarkozy, 66, had repeatedly declared his innocence and dismissed the charges as an “insult to my intelligence”.

Despite the verdict, it is unlikely Mr Sarkozy will spend time in prison, and his lawyer has also said that the decision will be challenged via an appeal.

The case may end Mr Sarkozy’s hopes of returning to public life before the French election in 2022.

Mr Sarkozy was a divisive figure in France, and he also split opinion in a European context.

The former French leader didn’t shy away from a war of words with British leaders, as seen in October 2011 when he warned then-Prime Minister David Cameron to “stop interfering.”

The comments came in a row over the euro, and led to an EU summit being held up for two hours.

Mr Sarkozy said to Mr Cameron: “You have lost a good opportunity to shut up.

“We are sick of you criticising us and telling us what to do. You say you hate the euro and now you want to interfere in our meetings.”

The French leader also claimed Britain “has no industry.”

He added: “The United Kingdom has no industry any more. We have chosen not only to develop financial services but to boost industry.

“Perhaps this aligns us more with our German friends than our British friends.”

A month later, in response to a question at a press conference about whether France and Germany were trying to change the governments of Greece and Italy, Mr Sarkozy hit out again.

He said: “Perhaps the fact that you come from an island, you can’t understand the subtleties of the European construction.”

Mr Sarkozy also weighed in on the Brexit debate in 2016.

A month before the UK voted to leave the EU, he said that Britain’s departure could be an opportunity to “re-found Europe”.

The politician added: “The debate on Brexit is an opportunity to re-found Europe. On many of their criticisms, the British are right.

“The fact that people have given up on Europe is a major cause for concern for all countries. I am totally against the UK leaving Europe. The worst would be Brexit plus Turkey’s membership, that would be the grand slam of errors.

“But Brexit or no Brexit, we will have to deeply re-found the European project regardless and that will happen via a treaty that France will propose as early as summer 2017.”

After the 2016 referendum, Mr Sarkozy urged the UK to stop Brexit and join a “new Europe” if he were to be elected President in France again in 2017.

He said: “I would tell the British, you’ve gone out, but we have a new treaty on the table so you have an opportunity to vote again.

“But this time not on the old Europe, on the new Europe.

“Do you want to stay? If yes, so much the better. Because I can’t accept to lose Europe’s second-largest economy while we are negotiating with Turkey over its EU membership. And if it’s no, then it’s a real no.”