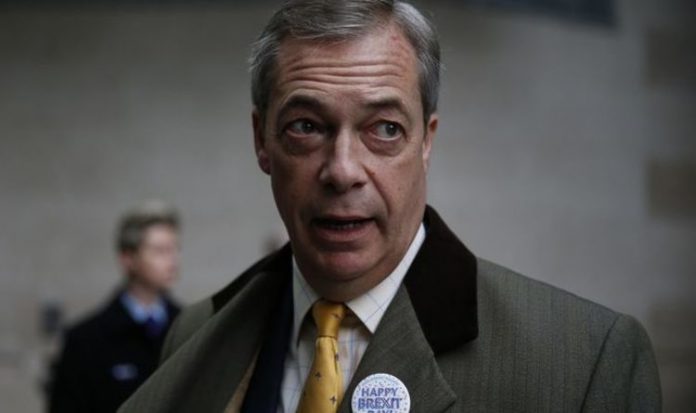 The former Brexit Party leader told Turning Point UK that his “gut reaction” was to agree that the BBC should be defunded. However, Mr Farage stated the BBC stature across the world meant the organisation should remain but in a smaller capacity.

When asked whether the BBC should be defunded, Mr Farage said: “My gut reaction is yes, defund the BBC.

“But remember this, around the world the BBC still has branding that is part of our country.

“So, do I think that some sort of BBC in a very slim down form does have a role to play?

The BBC was handed responsibility for funding the license fee lifeline from June 2020, under a deal agreed in 2015.

The BBC’s decision to make over-75s pay for their TV license fee has been labelled an “absolute scandal” by a furious Conservative MP.

Speaking to Defund The BBC, Conservative MP Lee Anderson savaged the BBC’s decision-making, after the broadcaster cut back on benefits for the elderly while still handing out millions to its “star presenters”.

“I have written to the director-general on this very matter.”

The Ashfield MP continued: “When you think, you have people like Gary Lineker earning nearly two million quid, and another radio presenter just had a million pound a year pay rise.

READ  Local lockdowns: 10 biggest questions about what you can and cannot do answered | UK | News (Reports)

“While some poor pensioner in my patch gets a birthday present for their 76th – an order to start for your TV license again.

“Meanwhile, these idiots present football on a Saturday night, who are all multi-millionaires anyway – they wouldn’t get a job in the normal world.”