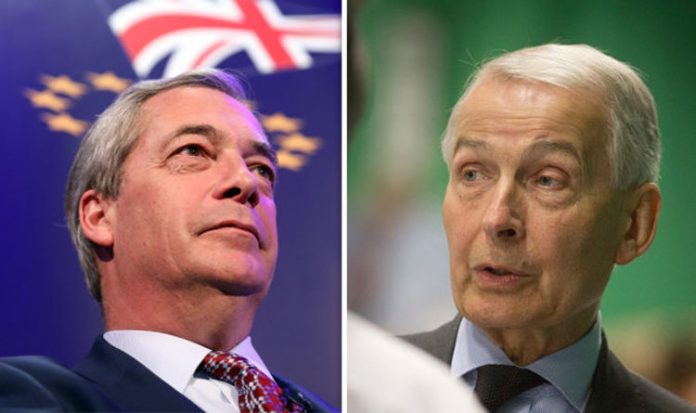 Frank Field has been a consistent supporter of Brexit and has criticised the Labour Party for attacking people concerned about immigration.

In his resignation letter, Mr Field said the Birkenhead Constituency Labour Party was now governed by “a culture of intolerance, nastiness and intimidation”.

He tweeted: “In an age when few politicians are respected Frank Field is listened to by many, regardless of party.

“His resignation from Labour is significant.”

He said: “This is a serious loss to the party and I deeply regret Frank’s decision.

“It reflects both deep divisions in the party and the sense of drift engulfing us.

“It is a major wake-up call. We cannot afford to lose people of such weight and stature.”

Mr Field has long been a controversial Labour MP because of his conservative stance on certain issues.

He has called former Tory Prime Minister Margaret Thatcher a “hero” and believes in reducing the time-limit when women can have an abortion.

She said on Twitter: “Tragic news about Frank Field quitting Labour, one of the few MPs that people on all sides respect.

“An intelligent, reasonable voice – and not many of those at Westminster.”

A spokesman for Jeremy Corbyn told the Press Association: “Frank has been looking for an excuse to resign for some time.”

They added that it was not possible to resign as a Labour MP and remain a member of the Labour Party.

A Labour Party spokesman said: “Jeremy Corbyn thanks Frank Field for his service to the Labour Party”.

Last month he faced a vote of no confidence from his local party.

Guardian journalist and Corbynite, Owen Jones, claimed the veteran MP was going to be deselected by his local party.

He tweeted: “Frank Field was about to be deselected by his local Labour Party after voting to prop up the Tory government, and jumped before he was pushed. End of story.”

In 2015, Mr Field said MPs should trigger by-elections and run as “independent Labour” candidates if removed by Momentum.

He said: “If candidates are picked off they will stand as independent Labour, cause a by-election immediately and a whole pile of us will go down there to campaign for them.

“They can’t expel 60 of us. Momentum ought to know that they’re not the only pair of wide eyes in the business. We’re not powerless.”

He added: “Those of us who are not going to let Momentum win have a trump card on our side, which is that we would probably win the by-election.”