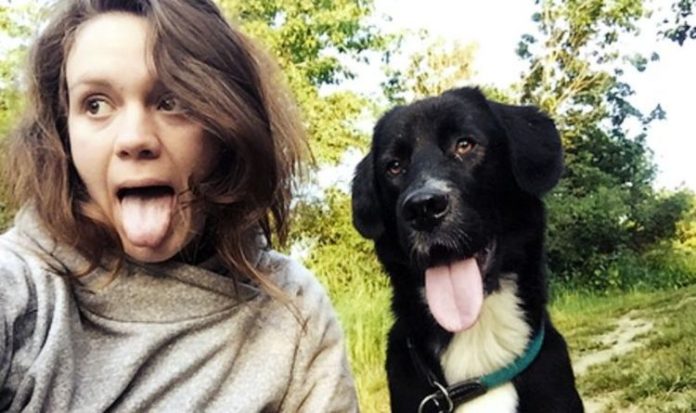 The Spanish greyhound also won best dog category and £3,000 for her owner Elke Vogelsan, who will give some of the money to a pet rescue charity. Elke, who rescued Noodles from a certain death in Spain, told how her pet ended up saving her husband’s life when he suffered a brain haemorrhage in the bath.

She said: “Noodles and my other girl Scout alerted me that something was wrong by barking and howling. They ran straight to the bathroom door, where I found my husband unconscious in the bath. If it hadn’t been for the dogs, I would have found him too late.”

She said of the trophy: “It’s wonderful to be associated with something that makes people happy. This dog definitely is a mood-lifter.”

Other winning entries in the Mars Petcare Comedy Pet Photo Award include a feline called Basil hanging out on a fence.

Taken by Malgorzata Russell and captioned “Why are you upside down, Mum?”, the picture came top in the cat category. The junior prize for cats was won by Lisa Greenspoon, who snapped a yawning ginger tom.

The best picture of horses went to Magdalana Strakova for her snap of a trio that she captioned “Gossip Girls”. A yawning rabbit photographed by Anne Lindner was the winner of the “drama queen” category, while Hannah Seeger and her dog won “pets who look like their owners”.

More than 2,000 pictures from 81 countries were submitted for the competition, which raises awareness and funds for the Blue Cross charity for sick, homeless and injured animals.

She added: “The benefits of having a pet in the home have never been clearer, and we have loved seeing so many pet lovers sharing their amazing images.”